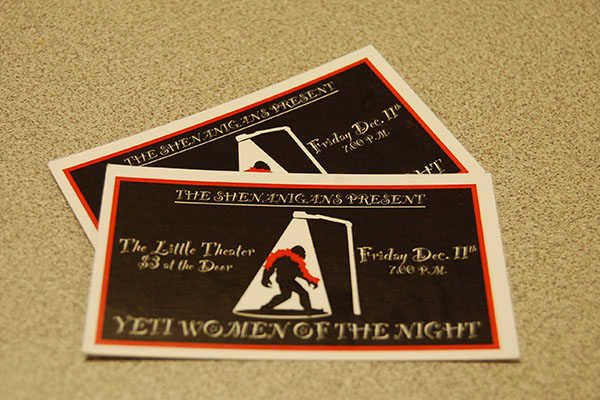 Riverside Brookfield High School’s Shenanigans have teamed up to prepare for another sidesplitting show. The lively cast has been meeting Wednesdays, after school, to create unique and humorous sketches for their show on December 11.
In September, students auditioned to be a part of Shenanigans. The audition had a big crowd, and it was nerve-racking for some, but those who attended gained the improv experience they needed.
Once auditions were over, the regular meetings began. Meetings usually begin with the cast members warming up with improv games. When the cast loosened up, they tossed ideas at each other for sketches.
“People pitch a general framework for sketches,” senior Nick Malone, a new member to Shenanigans, said. “They will make an outline for a character in a weird situation, and we will improvise around that.”
Shenanigans has set actions to build a marvelous sketch.
“We would do an improv game with their outline so we can build a better framework for the specifics of that scene. It helps make actual plot points and actual structure instead of just messing around,” Malone said.
The amusing, family-like group strived for a show that will keep their audience laughing. Together, they all make a witty harmony.
“My favorite thing about Shenanigans is being alongside such a fun group of people,” sophomore Taner Guzeldereli said. “It’s a diverse crowd, and we do a lot of fun things. We’re a unique group because everyone’s doing something different in the school, but we all come together to do something we enjoy. It’s a whole different thing, and I’m happy to be a part of it.”