We were professional journalists for a day 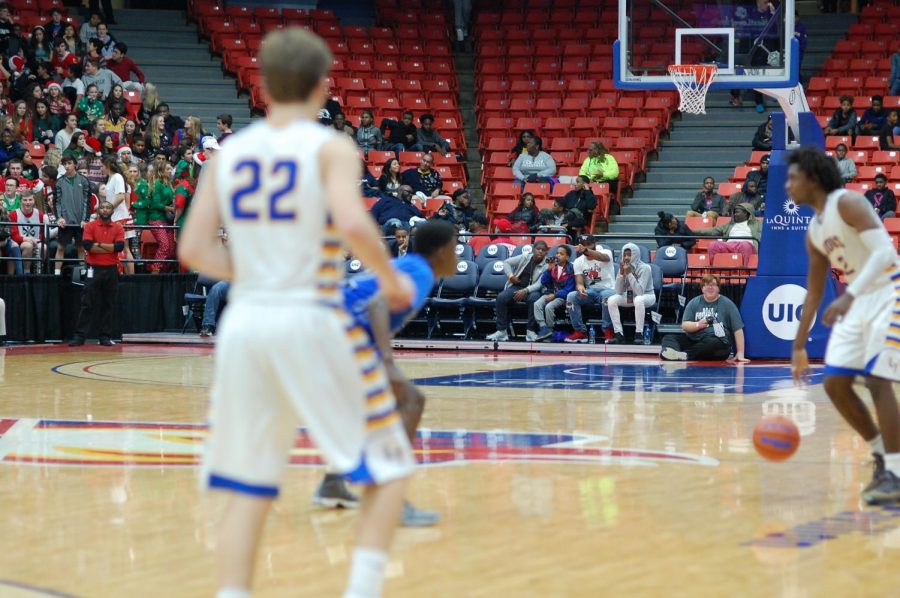 I am sitting under the basket during the LT Game

On the night of December 1, I became a real reporter for a night. Hailey Paisker and I were invited to take photos at the Chicago Elite Classic for the Riverside Brookfield basketball game against Lyons Township High School. And it was an experience, something that any high school journalist wishes to participate in.

From sitting on the court and talking photos with people from major news sources, it was amazing. Getting compliments from other photographers about how it’s great that I actually wanted to spend my Friday night doing something they do for a living.

In addition to taking photos on the court, sitting in on an actual press conference was awesome. Although it was extremely loud and you couldn’t hear a thing, it felt awesome. Knowing that I was doing what some people wish they could do for a living.

Even getting compliments from Coach Reingruber was amazing. He told me that it was awesome that we came to cover them because most high school journalists wouldn’t get the chance, and that we were dedicated to our work.

Being an actual journalist for a night had to end, but it was one of the best experiences from my current high school year. And hopefully it will continue in the future. 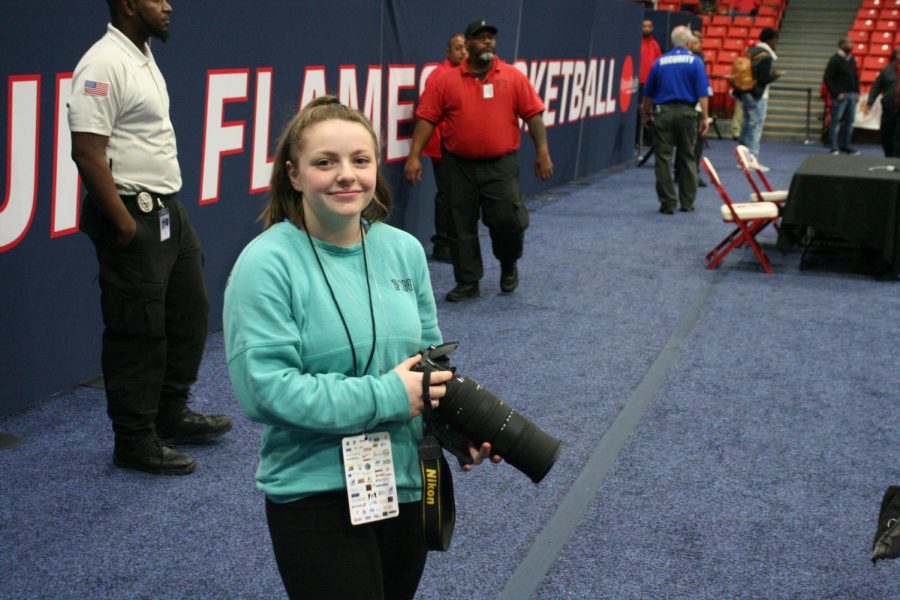 As a part of Clarion, I am the photo editor. I contribute to the online and hardcopy newspaper by providing media for many of the articles.

When Marc Helgeson, the newspaper advisor, told me I had the opportunity to gather media at the University of Illinois at Chicago pavilion for an RB basketball game, I knew I couldn’t pass this opportunity up.

We packed lots of equipment. Three cameras, many lenses, and many tools to help us.

Tim Buckley, another staff reporter, drove us downtown to the UIC pavilion on the first of December.

Getting into the building was a very simple task. We walked in and went up to the VIP table. They asked us our names and who we were taking pictures for. Once we told security, they gave us real press passes and we were sent on our way.

It was a bit confusing at first because neither of us had ever had access to the floor and court.

We headed down the stairs and asked a couple people where the media should be. They guided us to an area right off the side of the court. It had temporary walls up and in the back they had a press conference area.

We set the cameras down on the table and waited for the RB boys to start their game.

Buckley and I had never used the Nikon so we had to warm up to it. We had the long lens on it at first and realized you would have to be in the crowd to use that lens because it was too wide.

It was very intimidating to be there because there were many other real media members who knew what they were doing. They had long lenses and pop up chairs to sit on the court with. They were much more prepared than Buckley and I.

Buckley and I switched off taking pictures because we both wanted to use the Nikon.

When I sat out for the third quarter I saw other people taking the food that was on the table. I wasn’t sure if it was meant for us at first, so I waiting for someone else to grab some.

There were only two options: spicy chicken and rice. I usually don’t eat spicy food, but I was extremely hungry that particular day and didn’t want to spend a fortune on food.

I went in for a Styrofoam plate and two forks since they didn’t have knives. I put lots of rice and a small portion of chicken on the plate.

This probably wasn’t the best idea at the time, but I stood while I ate. When I went to stick my fork into a piece of chicken the plate bent back and sprayed rice everywhere. It was like a cannon. The rice sprayed up higher than me and literally went everywhere. It was pretty embarrassing. I picked up what I could but someone else told me that they would vacuum it up later.

I was actually so hungry that I continued to grab a second plate and eat everything on it. I made sure to sit down for this one.

Overall it was a pretty cool experience. We got to stand under the basketball nets and on the court. I had access to places that the average person wouldn’t. I got some pretty cool pictures of all the action and time-outs.

I can’t wait to do something like this again. I can now say that have been on the court of the UIC pavilion to take pictures. If I ever decided to pursue a career in media this would be a great thing to say.