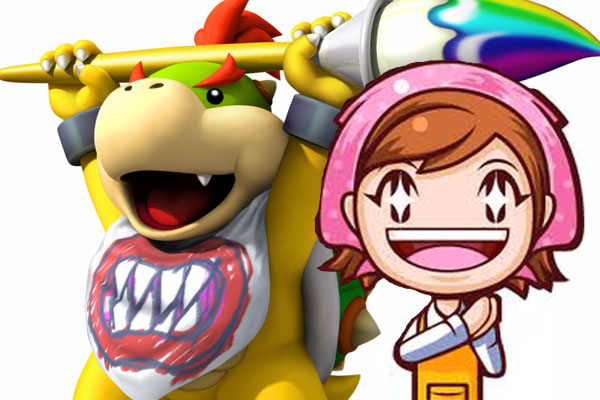 Super Smash Bros. is a very complex game, and thus it has complex characters. That’s why my first choice would be Bowser Jr. from the Super Mario Bros. franchise. Seeing how the Koopa Kid has slowly grown into a very important character, I wouldn’t be surprised if he was introduced into the game. He could have a variety of attacks, involving the many items he uses throughout other games. For example, he could use the paintbrush from Mario Sunshine as a weapon, and use it to create sticky surfaces that players would get trapped on. Putting on his bandana over his face, he could turn into Shadow Mario for a short period of time, giving him very high speed and agility. A final smash could involve some kind of airship or the clown blimp he uses in other games, with boxing gloves, punching everyone off of the stage. The many abilities Bowser Jr. could have will add to the tactics and change the gameplay greatly.

My second choice would shockingly have to be Cooking Mama. Considering that they put the Villager from Animal Crossing in the game, there’s no limits as to what else they could put. Just imagine getting hit on the head with a pan, or having pies thrown at other players to stun them. There’s so many other games with Cooking Mama in them, the range of different moves and features would be enormous. When the final smash is activated, you’ll hear Cooking Mama say “Don’t worry, Mama will fix it!”, and has her eyes glow with flames, she sucks everyone into a cooking pot, and tosses it over the side of the arena. Her combination of speed and use of kitchen appliances could prove deadly, indeed.