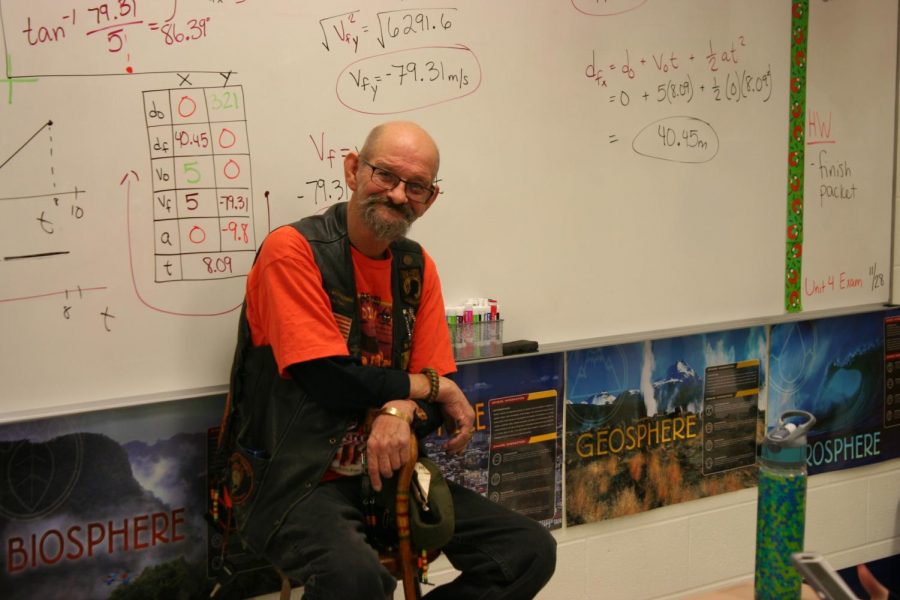 Marvin Payne speaks to students about his experiences.

One of the best celebrations RB has is the one they have on Veterans Day. Veterans from all branches, old and young, gather in the main gym and the whole school gives them a heart-warming standing ovation for their service. After the assembly, students go back to their classrooms and have the pleasure to listen to a veteran talk about his or her experiences throughout their time of service.

I was fortunate enough to talk to and learn about a veteran named Marvin Payne. Payne grew up in Massachusetts and is now seventy years young. The branch Payne attended was the Navy.

“The Navy sends you where they want, when they want, and for how long they want. You don’t really have any choice but to do as they command,” said Payne.

Throughout his time in the Navy, Payne had many unique experiences. He served for about three years, fifteen months and about twenty-two days. From that time, Payne had some very interesting experiences.

“I witnessed the U.S.S Melbourne collide with the U.S.S Evans. The Melbourne ran into the Evans and split that boat right in half. Unfortunately, around seventy lives were lost due to our own errors,” said Payne.

Witnessing such an event must have been both fascinating and terrifying. Although Payne had to witness such an event where lives were lost, he also had some funny stories as well.

“We were running a NATO exercise which was in the Philippines, so one night, me and a couple of my buddies went into Manila. We walked into this bar and we sat down. Once we sat down we heard this Honda motorcycle outside. We went out and took that bike. There were five of us on that bike riding through the middle of Manilla. We ended up getting arrested and I got my first strike. It caused me to lose twenty five dollars a month,” said Payne.

Though he has gone through such unique experiences while being in the Navy, Payne had some crazy experiences after his service. Unfortunately, during Payne’s time of service, the military was using the deadly Agent Orange, which is a chemical that caused both environmental and health problems.

“I have beat cancer three times and I have a feeling that it is going to come back. The sad part is that the chemicals from Agent Orange could transfer from me to my kids, to my grandchildren, to my great grandchildren. It could transfer to almost five generations,” said Payne.

After serving his time, Payne was making his voyage back home; however, soldiers were not exactly welcomed home nicely. When asked about how he was treated when he arrived home, he gave a little chuckle.

“We were told to take our uniforms off and change clothes on the bus. Hippies were spitting humongous loogies at us and trying to rip our uniforms off. I was proud of what I did and I still am to this day. Regardless of the government, I did my job,” said Payne.

Not only is Payne proud of what he did, so is RB. If it were not for the sacrifices of soldiers like Marvin, the United States of America would not have the freedoms that we are so lucky to have today.