Opening the door to spirit week 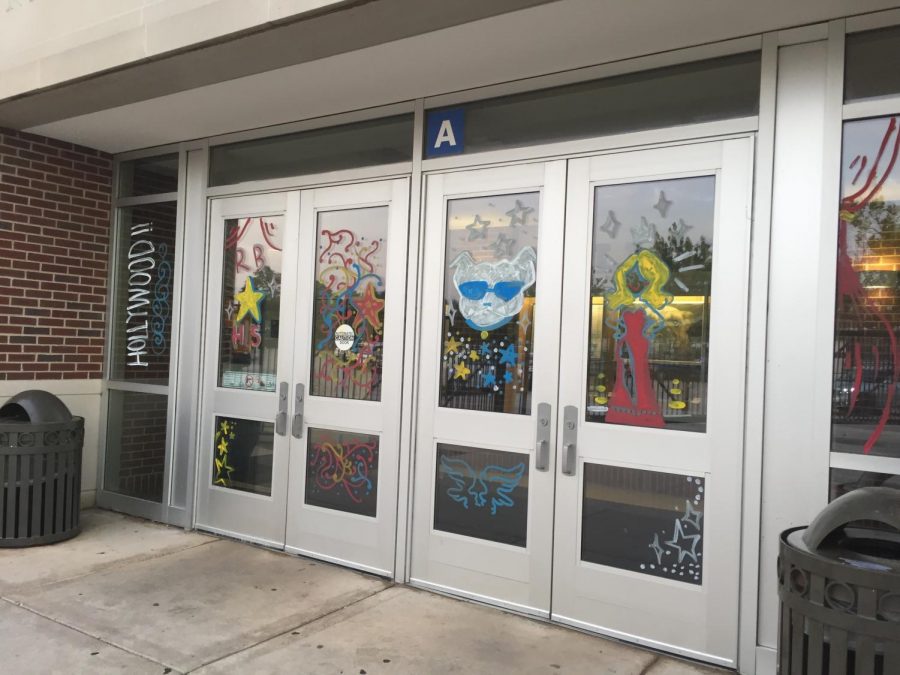 The school entrance, decorated in the Hollywood theme for Homecoming.

RB staff and students this past homecoming participated in a new competition headed by Assistant Principal of Student Affairs David Mannon.

For this year’s Homecoming, Mannon came up with a contest to promote the theme of Homecoming and school spirit. He talked to other administration officials who supported the contest. Teachers and their second period classes then proceeded to decorate their doors with Hollywood themed decorations following the regulations of the contest.

“It really shows kids getting involved and one thing we’re trying to do now is create an atmosphere of spirit with kids, but also have kids take ownership of their classroom and door,” said Mannon.

Many classrooms ranging from art classes to academic classes took part in the contest, which concluded with two victors. The winners of the contest were announced at the Homecoming pep rally.

“I think it created a lot of school spirit within the academic classes, often times homecoming is often celebrated outside of the school day besides spirit days. It allowed the class to come together and do something spirited for Homecoming,” said Spanish teacher Jenna Osburn.

“It created a lot of community in my classroom, students were able to take the lead. There were a lot of students who stepped who I never would’ve expected to step up and take the lead,” said Osburn.

Osburn, with her second and third period Spanish classes, decorated her door for the contest. Their door not only included RB and Hollywood themes, but also Spanish themes such as famous Spanish celebrities.

“I think it was a very fair contest and I think everyone had a lot of fun with it,” said Osburn.

Teachers and students were tasked with providing their own supplies for the contest, which caused some stress if they weren’t prepared accordingly or joined in the competition late.

According to Mannon, the contest was a success and has ideas to expand the competition to more areas around the school based on class and grade for next year.

”I’m always trying to think outside the box so if kids have ideas, no idea is a bad one, I’ll have them come in here [referring to his office] and let’s talk through it and see how we can implement it.” Mannon said.