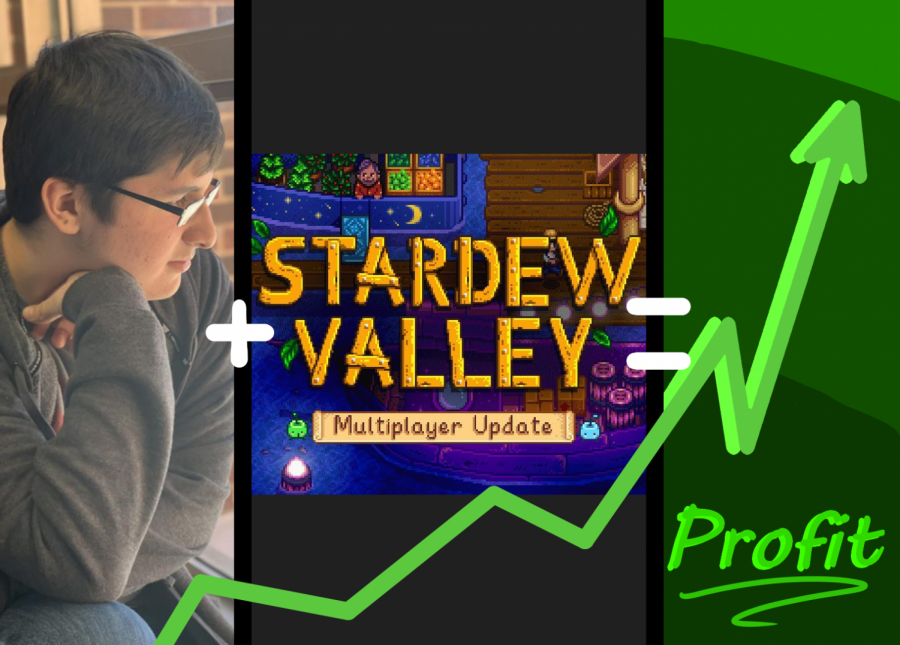 These days do not flow well, at this point my hours are just an endless stream of time strung together by the threads of a screwed up sleep schedule, minimal human interaction, a wobbly eating pattern, and a high apathy for the sameness that I call a schedule. Many times I hide away in my room giving my time to the games in my repertoire that give me solace in my bleak itinerary for my waking hours. Today, however, something happened. There was a shift in the schedule, a change of pace, a crater in the path I have walked everyday for the past few weeks, and that change was “Stardew Valley”.

If you don’t know, “Stardew Valley” is a popular farming simulator game in which you move to a small town called (surprisingly enough) Stardew Valley after the passing of your grandfather who left you a plot of land there. Over the course of the seasonal months you can talk and get to know the different townsfolk of the valley as well as help them with problems and struggles they may have.

Anyway, this game has been in my Steam library for a couple of years now, as I have played it a few times off and on every so often. I took a long hiatus from the game and when I saw it again, I saw different updates that have been made to it over those years it has been collecting dust in my library. Skimming through the game notes of bug fixes and additions, one particular update caught my eye, 1.3’s “Multiplayer Update” which allows for more than one person to play on the same farm. This is when an idea popped into my head, inviting the boys into a game and becoming a wealthy farming tycoon.

I introduced the idea to my buddies and the two of them agreed without hesitation. The rest from then on is history. With nothing but our dreams, the clothes on our backs, and equipped with the best watering cans money can buy, we will achieve a farming monopoly in no time.