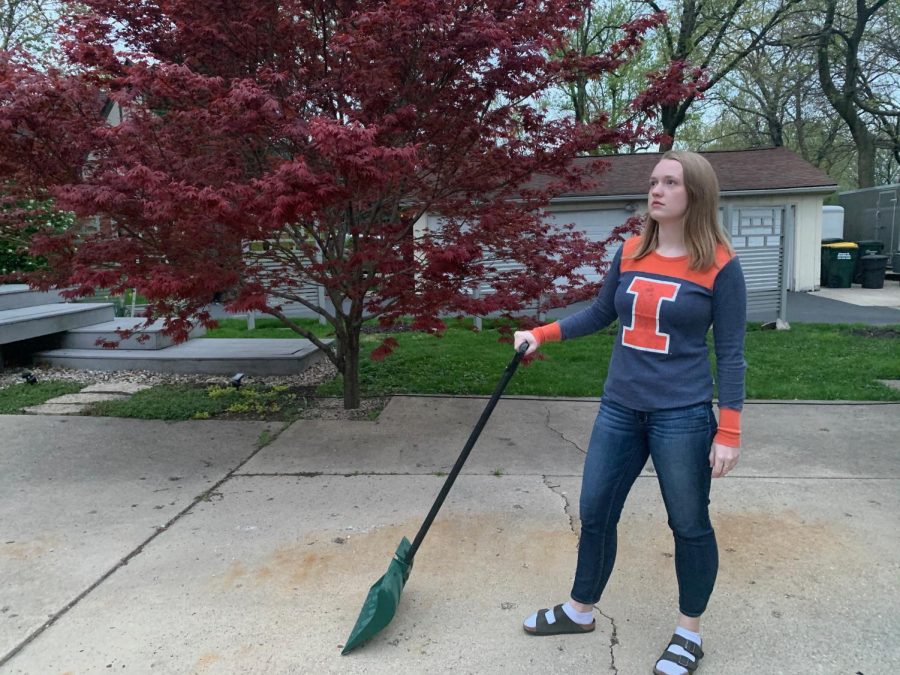 Please know that the image for this article was, in fact, clickbait. I desperately miss the 15 seconds of fame I would get by having my articles in the paper and I figured the best way to reach a wide range of members from the RB community would be to lure you here under the illusion that I had gone insane and was genuinely shoveling the driveway in 80 degree weather.

My time for reflection is no longer found as I half-consciously stare into the depths of my dorm room mirror and draw eyeliner on myself in the wee hours before my 10 a.m. class and instead creeps into this petty pace from day to day, often juxtaposed between my third and fourth mid-day snack of the hour. I have surrendered, and here I take a closer look at every wrinkle, blemish, and twinkle.

A year ago I was on the stage of the main gym quoting Drake’s God’s Plan as a final send off for RB’s class of 2019. The wisdom I wished to impart on everyone was that despite all of the hardships we may face, so long as you can face them with your broski’s, you’ll be just fine. The funny thing about measuring where you are today against where you were is that the magnitude of change will always be stunning. It’s the direction in which we let it stun us that remains to be important.

As a species, I would say that, objectively, humans are horrible when it comes to dealing with change. I mean, Americans were scared shiftless about changing to a measurement system based on the number 10 from one based on a man’s foot. Fetish much? I digress. Change has been abundant in the past few months and it seems that the only thing we can count on in our lives is uncertainty. Here I was thinking that this year I would just have to fend off the “freshman 15” but instead I’m dealing with the “COVID-19”.

Nine months ago I moved into Weston Hall in Champaign, Illinois. A week in, I had perfected the “Hi! I’m Isabel! I’m majoring in chemical engineering! What’s your name!?” elevator pitch given to potential friends to such a degree that I actually resented people who didn’t need to socialize and meet new people–it’s too tiring! What I’d give to be back sharing a bathroom with 50 of my closest friends…

We wear the mask that grins and lies. While we can shelve said mask when it doesn’t cover our scars, we still must live with all that it represents. Life is not necessarily about “living everyday as if it were your last” but more along the lines of “make choices that you would be down to overthink for, say, five months in quarantine.”

Four months ago I was chowing down on dining hall dinner surrounded by my friends. We had just finished a four-hour lab that kept my resting heart rate from dipping below 130bpm. I had totaled 15 hours of sleep on the week and while my body loathed me for the coffee to water ratio I had going, our conversation had entirely by spelling words with elements from the Periodic Table put an ear-to-ear smile on my face.

It’s funny how life has a way of keeping you in check. And it’s a good thing that we get knocked down every once in a while. Could you imagine how insufferable life would be if the world let the ego of Chad from Pi Kapps get any bigger? We are getting stunned into oblivion with the state of our world right now and the only thing that matters is what we choose to make of oblivion. No one has been here before, so we can either choose to be the fearless Superman of our dreams, or not. What mindset will we bring to the forefront when we are released from this time-out?