The criminal justice system is broken beyond repair 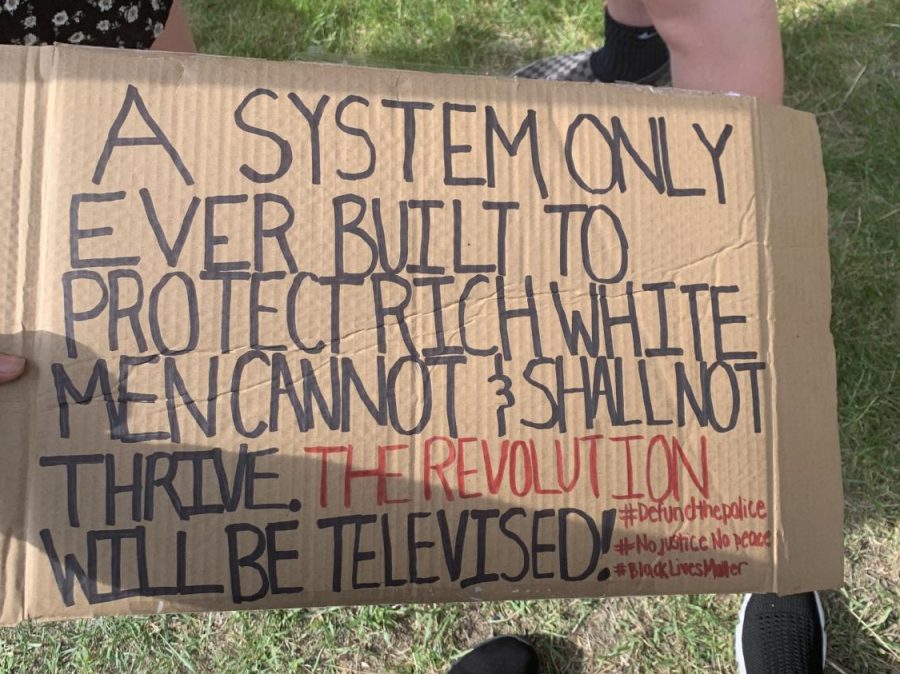 The recent events surrounding the #BlackLivesMatter movement including the protests going on around the country have forced people to wake up and smell the wilting roses. This time, the life taken which was the spark for it all belonged to George Floyd, may he rest in peace. For me, one of the biggest takeaways from all of this is how broken America’s criminal justice system is. Now yes, I’ll admit the words “beyond repair” are extreme and dramatic but honestly the amount of problems within our current system is astounding and therefore a “restart button” would seem most ideal.

There are three main divisions of the criminal justice system: law enforcement A.K.A. the police, the courts, and correction/rehabilitation. Though I will mention issues rooted in all three parts, I will mainly focus on the history of the police and the hundred years of corruption and racially charged actions of the departments.

Believe it or not, policing is considered a modern aspect of American society. Volunteer officers called “night watchers” originated in Boston in 1636. According to Time.com, they mainly monitored gambling and prostitution. Night watch groups then either turned into slave patrols or formed collaborations with them, “both designed to control the behaviors of minorities … Slave patrols helped to maintain the economic order and to assist the wealthy landowners in recovering and punishing slaves who essentially were considered property.” After the abolition of slavery, the rise of the newly formed KKK incited a series of night patrols which was basically a fear-based tactic that kept black people off of the streets and often led to attacks at their homes and lynching. With a growing population there was a need for a more organized force with officers working full time, so in 1838 Boston created the first publicly funded police force. However, the reality is that most state departments, especially those in the south, didn’t focus on protecting shipping centers, businesses, or solving social conflict—their supposed original purpose—but instead continued to try to preserve slavery and racist ideals.

During Reconstruction, police departments and their leaders did everything in their power to legally restrict the economic and political freedom of black people without exactly calling it slavery, Jim Crow laws being the most prominent example which basically replaced the outlawed Black Codes that came before them. They were oddly specific laws that implicitly targeted African Americans and anything related to them i.e. The Grandfather Clause and the “Separate But Equal” Doctrine.

Jumping all the way to the 1920s, during the second wave of the KKK “Klan members served in all levels of American government.” It goes without saying, the hate group helped get those who supported their agenda elected into government positions of power, including the criminal justice system.

Even after the Civil Rights Act was passed and African Americans gained a few protections under the law, they were still harassed by cops. The War on Drugs, a campaign led by the U.S. government with the goal of reducing the illegal drug trade, just encouraged racially driven police actions and led to overpoliced black neighborhoods. The selling of crack cocaine provided a sense of independent economic power within these neighborhoods that was new to impoverished minorities but it also led to increases in crime and violence. “The War on Drugs resulted in immense growth in court caseloads and the prison population. The War on Drugs focused on small-time drug dealers, who were generally poor young black males from the inner city. Ultimately, the prison population doubled due to the arrest of drug dealers and their customers.” So, instead of helping reform these black and brown neighborhoods, law enforcement took the easy way out and exploited a weakness in the community to disproportionately arrest and mass incarcerate black people for the same, if not less serious, drug-related crimes as white people. According to drugpolicy.org, nearly 80 percent of people in federal prison and almost 60 percent of people in state prison for drug offenses are Black or Latino.

And the most talked-about injustices done by the police as of late are the repeated incidents of police brutality. Though police brutality has been happening in the U.S. and has taken on many forms since the creation of the police force, modern technology has highlighted the use of excessive force and the impulsivity of officers’ actions specifically when they encounter black civilians. In 2013, following the murder of Trayvon Martin, the #BlackLivesMatter movement was created by Alicia Garza, Patrisse Cullors, and Opal Tometi in order to campaign against violence and systemic racism towards black people. Though Martin’s wasn’t the first, his death sparked a national outrage towards the years of systemic oppression the black community has been subjected to since the establishment of America as an independent country. Unfortunately today, this movement is still relevant as we saw history repeat itself with George Floyd’s murder.

So, with all of that being said, you might ask “what is your point Shalah?” My point is this: If policing was never created or designed to serve and protect black people in the first place but to actually keep them controlled and silenced, then why do we expect this outdated system of enforcing the laws to still be respected? Let’s be honest, it was designed to benefit one specific group of people—rich white men. With little to no reform over the years how could you possibly expect fed-up citizens to sit here and allow a system as corrupt as this to continue to hold authority over us? The roots of policing are too discriminatory to ignore. In some way or another, though not as “loud” these days, the original racist ideals of this system are being upheld and passed down through generations.

Now, I wouldn’t just dump all of this heavy information on you without listing some possible solutions for not just reforming law enforcement but also completely uprooting its racist undertones.

Hold cops accountable for their actions.

I feel like a first easy step that would involve the least amount of effort is making sure the officers that have already unjustly killed someone due to police brutality get punished. We have seen too many officers get no more than a slap on the wrist for killing innocent unarmed black people. This needs to stop, the departments are protecting these murderers which then sends the message to their colleagues that behavior like this is okay. Start charging these criminals and sentencing them.

Increase the level of education and modify the type of training required to become a cop.

As of now the only requirements to become a police officer are acquiring a GED and completing a police academy program which averages 21 weeks. I’d argue that police officers need to obtain at least a bachelor’s degree from college. Policing is so much more than making arrests just for the sake of putting people in jail; There are so many emotional and psychological aspects of it that I don’t believe this country’s departments take into consideration. I believe all officers should have mandatory implicit bias training weekly. Implicit bias training programs are designed to expose people to their unconscious biases, provide tools to adjust automatic patterns of thinking, and ultimately eliminate discriminatory behaviors. This would provide them with cultural background information and make them more prone to “think through” confrontations with minority civilians rather than act on biased impulse. Racism/prejudice has to be actively unlearned. Furthermore, they need to study psychology and sociology; Policing should be about more than brute force.

I honestly think people who have lived in their community for a while and therefore know it best and have a respectable relationship with it should be leaders in a sense where they have the authority to oversee issues in which they can solve easily. I really don’t see why intimidating officers in full gear have to be the first responders for smaller types of incidents. Things like the city council should have more authority and should be better funded so community-based problem solving is promoted more.

Piggy-backing off of my last idea, the police department should be broken down into many more subsets with specialized professionals in each area.

In my opinion, the people who handle break-ins and robberies should not be the same people leading the handling of situations like domestic violence or truancy. The department should have qualified psychologists and social workers that are dispatched just like cops and given the same authority. Not only would this personalize the department’s responses to issues but it would also alleviate pressure on officers that currently are in charge of responding to a wide variety of situations.

We are tired of innocent black people dying because of an inefficient, outdated system. It doesn’t take much to take the first step. Our governments and our leaders need to wake up. The people are no longer willing to wait for them to make change happen. We need it now and recent events have shown the world that we’re willing to do what it takes to get it.