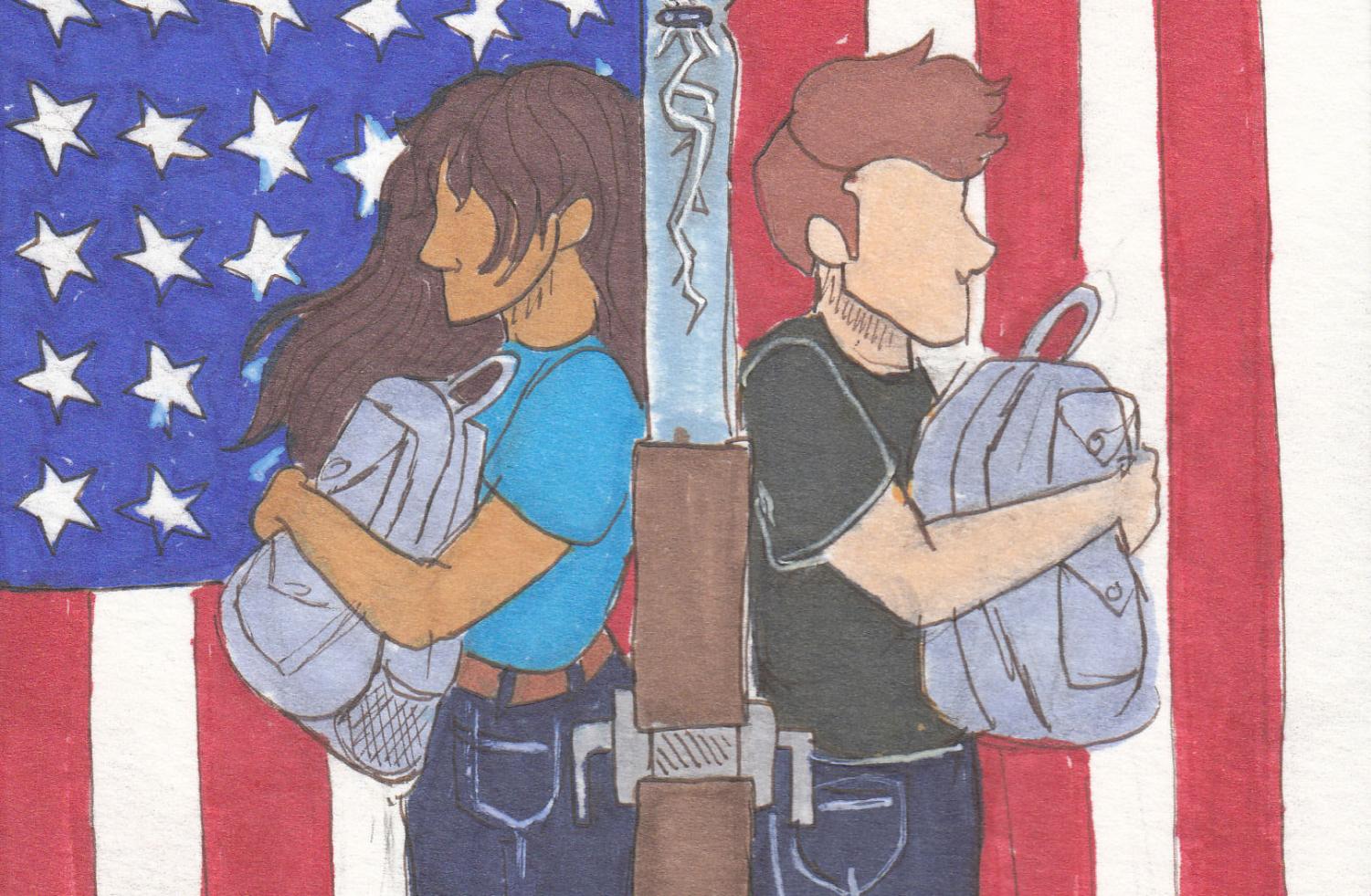 In wake of the school shootings of the 2017-2018 school year, Riverside Brookfield High School has increased security. A recent Clarion article addressed many of the major changes, including ALICE training and new safety procedures. Recently, though, we were able to address other changes from the summer, such as the implementation of shatter proof windows, new fire drill procedures, and barricading procedures.

This summer, the administration installed shatter-proof windows on all the doors throughout the school. A bullet is capable of going through the glass, but the glass will stay intact, so the shooter cannot enter as easily. For further prevention, in ALICE training, they talked about barricading the doors. The day before school, every teacher was trained how to properly barricade quickly and effectively. Every classroom has slightly different things in it, but the main premise is to block the door with whatever you have.

Due to the Parkland shooting, in which the fire alarm was pulled to get students to congregate and be subjected to terror and potentially death, RB has changed the fire drill procedures. Students will now wait in the classroom while teachers make sure there is no immediate threat. If there is nothing that meets the eye, the students may file out.

When the lives of more than 18 innocent people were taken last year in school shootings, strong emotions emerged among teachers, students, and parents throughout the nation. In the RB community, teachers have been very vocal on the subject.

“More so it was more about my own children… My daughter walked into my classroom last year and said, ‘Mom, where do you and your students go if something were to happen? There are windows everywhere. You’re not safe.’ and it just really put things into a different perspective,” said Koehler.

In response to the exposure of the windows, RB installed bulletin boards on top of Koehler’s classroom windows facing the hallway so that intruders do not know the windows are there. This thought was common amongst many staff members, including newly hired school safety liaison, Lane Niemann.

“I have four daughters that are teachers, two son-in-laws that are teachers. They’re all in school environments, so it’s sad, but we as a society have to take measures to make things better and learn from these tragic events,” said Niemann.

Society is, in fact, trying to take preventative measures, such as selling bulletproof backpacks on Amazon for up to $200. When school psychologist Lisa Hayes was informed about the backpacks, she felt this was unnecessary.

“I don’t think it would increase safety at all. It’s unfortunate—I think society as a whole takes advantage of people who are scared and there are a lot of people who try to make money off of fear,” said Hayes.

Hayes also explains that fear is natural, and instilling fear in students and teachers is not very proactive.

“Fear is a natural part of life, I mean, we should feel fear. If we don’t feel fear, you’re going to take a lot of risks and put yourself in danger when you don’t need to…If a shooter comes into the building, we have practiced and we know what to do in that case, but the probability of something happening is very low,” said Hayes.

The impact of lock down and fire safety procedures have changed a lot over the years, especially at RB. Both incoming freshmen and older students are witnessing the changes in full force, and opinions are varied.

“I guess it makes me feel a little nervous, but it is a good precaution,” said freshman Roisin Maloney.

A lot of students felt nervous about the new procedures, but others supported the changes. Many students thought that it was over the top, but overall safer.

“I guess it does make me feel safe because it has adjusted to the recent threats with school shootings,” said senior Kellie Halvey.

The new procedures for students are very different compared to their middle schools. In most middle schools, kids would turn the lights off, lock the door, and huddle in a corner. But now, the procedures are more hands on for students, seeing as how they can now throw staplers and leave the building.

“The old procedure was to lock the doors, turn the lights off and hide. I think it was ineffective,” said sophomore Gracie Garcia.

For the Fire drill, teachers have to check the hallways and then decide if it’s safe to exit the building.

“That it’s been the same for all of my life, minus the hallway thing,” said sophomore Elizabeth Kowalski.

Most students felt that it would be controversial for the procedures to stay the same.

“Yeah, I definitely think it would be controversial. Some schools haven’t changed their procedures. It’s not necessarily a good thing to change, but it definitely needed to be addressed. Other and older procedures weren’t safe,” said Halvey.

Students at RBHS also feel as if this says something about the high school world. Most students opinions were negative.

“We can’t trust each other anymore,” said Maloney.