In the footsteps of greatness 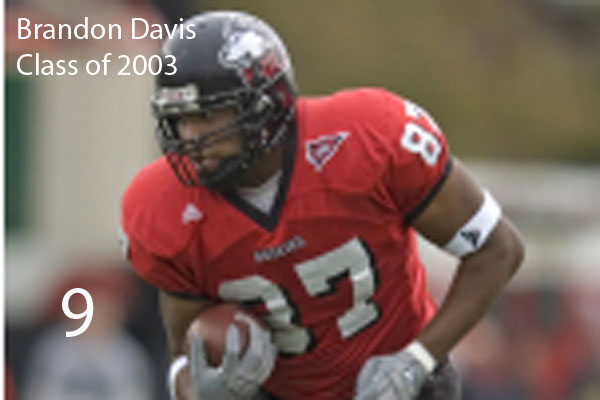 Brandon Davis’s senior season came in 2002-3, the year following the Tim Brasic era. In the midst of the ending of a legacy and ridiculous expectations following an 11-1, 2001 season, Brandon Davis was named team captain. His senior year was nothing if not memorable, as Davis caught 30 passes, and averaged 16.8 yards per catch. In his two year varsity career Davis, (older brother of Britt), amassed a total of 65 receptions for 928 yards. Brandon was also the captain of the basketball year, and was named conference MVP in his senior season.