A season to end all seasons 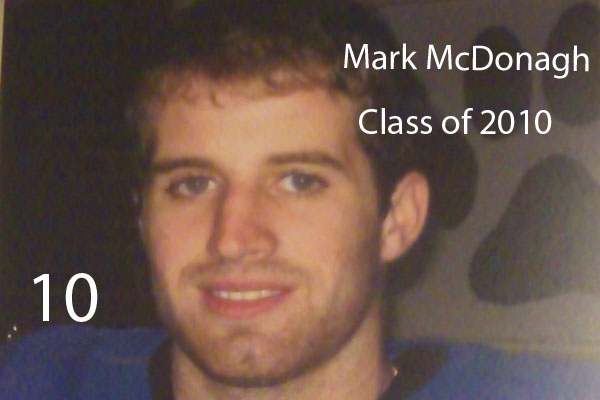 There are good seasons, there are great seasons, and then there’s the season that Mark McDonagh had in 2009.

In his senior year McDonagh set the national record for receptions in a season with 165 passes caught. To put that into perspective; the NFL’s leading pass catcher in 2012 was wide-out Calvin Johnson of the Detroit Lions, who received 7.625 passes per contest. That’s extremely impressive. On the other hand, Mark McDonagh, in his legendary 2009 season, received on average 16.5 catches per game–That is darn right unbelievable!

Although McDonagh was the beneficiary of a pass heavy offense, slants, screen plays, etc.; his national record is just too hard to ignore. His incredible season earned him All-American honors (the only player in RB football history to do so), along with an All- State selection.

McDonagh is currently attending The University of Wyoming and is not playing football.