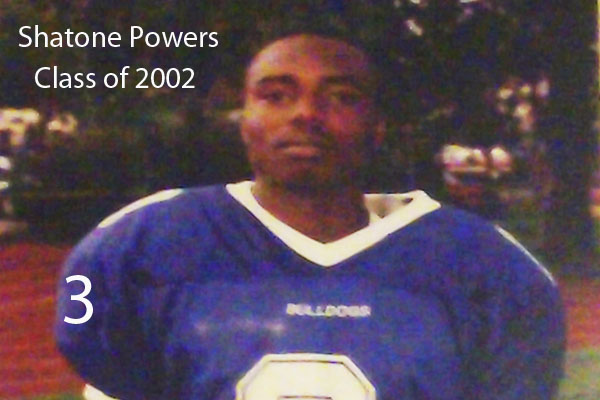 Shatone Powers was one of the most electrifying players in RB football history.  Powers was part of the legendary 2000, and 2001 teams. He’s top 20 in state history for passes received in a career, eighth in receiving yards in a career, and fourth in passes received in a season. Powers was in addition all-state in 2001. Shatone was also a stud on the basketball court. (Check out his buzzer beater against LT in the regional championship) http://www.youtube.com/watch?v=KY-ECj2biNU

After his high school career wrapped up, Powers played football at Northern Illinois. While playing for the Huskies, Powers had 1,134 career yards on 95 catches, with 14 touchdowns.  Powers is currently a member of arena football team, the Chicago Slaughter.