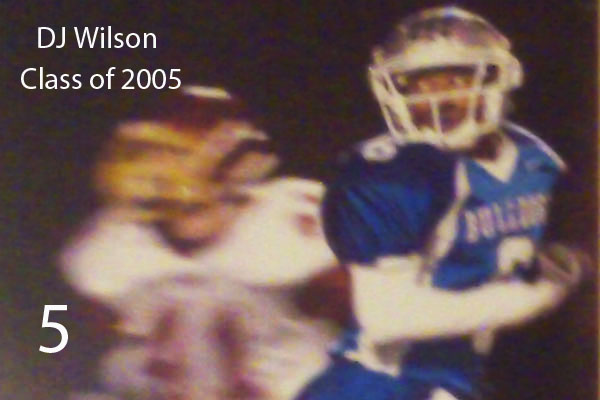 DJ Wilson had arguably one of the best careers, statistically, out of any receiver in Riverside Brookfield’s history. Wilson began his varsity career in 2002 A.B. (after Brasic), receiving 46 passes as a sophomore. He would improve in his two ensuing seasons, catching 58 passes in his junior season, and a ridiculous 96 receptions in his 2004 senior season. Wilson still holds the school record for career receptions at 201, which is also good for fifth best in IHSA history. DJ is also top 10 in state history for receptions in a game (17), yards received in a game (306) , and receptions received in a season (97).