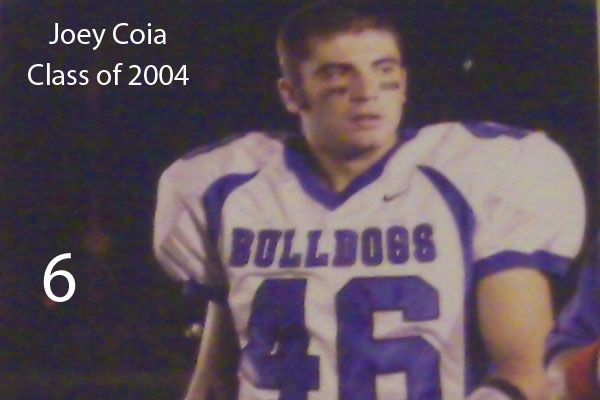 Right after RB’s legendary 2001 season, the team was looking to reload and put forth another phenomenal season. One of the biggest catalyst in this effort was Joey Coia. Coia had one of the greatest careers in not only RB’s history, but the entire state of Illinois. The former Bulldog is 8th all time in passes received in a career with 195. He’s also 14th all time in most touchdowns received in a career with 33. In a 2002 game, Coia had 314 receiving, which is good for 4th on the all time state list.