From Book to Film: The Collector 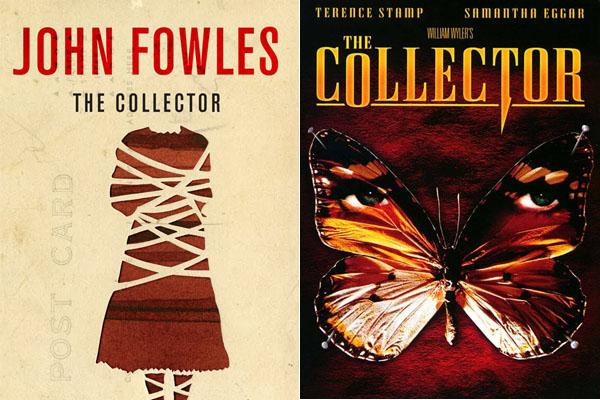 If I were to mention the title The Collector nowadays, you’d probably think of that tremendously stupid, albeit entertaining, horror movie that came out in 2009. What I will be talking about though,  is the book written by John Fowles that English Teacher Thomas Fuller teaches in his English Ten and it’s film adaption. The novel follows a lonely man named Frederick Clegg who, upon winning a large sum of money, decides to kidnap a girl named Miranda Grey in an attempt to get her to love him. The novel is a highly intriguing story told from the eyes of both the kidnapper and the captive.

The film adaptation came out in 1965, two years after the novel was published, and starred Terence Stamp, of Superman fame, as Clegg and Samantha Eggar as Miranda. Overall I found it to be an okay film as for the most part, it stayed true to the novel. Some parts were left out and others rearranged, but as that’s common in film adaptions of novels, I feel I should let those few incidents slide. A rather negative aspect of the film that I didn’t enjoy was that while I found Stamp in this movie was for the most part how I pictured Clegg, Eggar’s performance as Miranda came up a bit short. You can’t really bring the characters inside there own heads like in a novel, but still, I found that there was still something that she could have done to really get her character across.

Speaking with Fuller, who has not only read the book over twenty times but has been teaching it for a number of years, he told me his opinion about the film.

“It’s horrible…Fowles wrote the novel with specific literary techniques that the film didn’t have.” He said he found that Stamp did a good job of invoking Clegg’s character but also pointed out he’s not that complicated to play. He also linked that type of role to what Anthony Hopkins did in The Silence of the Lambs, saying that once Hopkins knew how to embody the character, the role that won him an Oscar was really easy.

“A lot of people are lazy…several probably went to see The Hunger Games without reading the book…Divergent is being made into a movie” says Mr. Fuller, although he did add that film adaptions of movies can be positive in the sense that it exposes people to the novel.

“There were probably some people who read Catching Fire in between the gap of the two movies.”