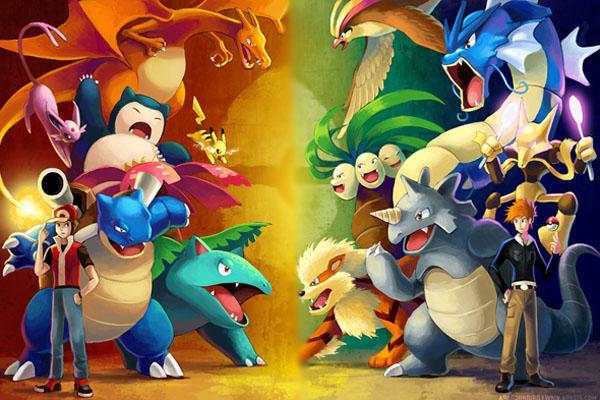 If you know who I am you’ll know one of my favorite games of all time is Pokémon. If you’ve ever played SSB Brawl with me you’d know that one of my prefered characters is the Pokémon Trainer. His team is Squirtle, a water type, Ivysaur, a grass type, and Charizard, a fire type. Perfect, right?

Then why hasn’t he been confirmed yet? He is Red for goodness sake! Red is the ultimate Pokemon Master, the champion. He’s the first character you ever play as in the video games. Plus, being able to switch between three of everyone’s favorite Pokemon is living the dream. You can either use Water Gun with Squirtle to get those far away targets, Bullet Seed via Ivysaur for those people who think jumping to avoid attacks is smart, and for those who like to get up close and personal a little of Charizard’s Rock Smash will get the job done.

Now who is left to take down the mighty Red other than his biggest rival Blue. Blue is the complete opposite of Red, arrogant, egotistical, and unfriendly overall. Though a great trainer he seems to think that being the grandson of Professor Oak will get him places. His three main team members would consist of Blastoise, Umbreon, and Arcanine. Though there would be the removal of a grass type it’d be cool to see something other than the usual three in the three Pokemon party. They’d have a ton of variations of the attacks used in the games and anime. Blastoise could Hydro Pump someone off the edge of the arena, Arcanine could Fire Blast a close target and Umbreon could hit you with a Hypnosis and attack with Night Slash.  The final smash could be different depending on the Pokemon, or like Red’s final smash could be a combined beam of each Pokemon’s attack.

Well, here’s my two picks. Like them or not I’m sticking with them!