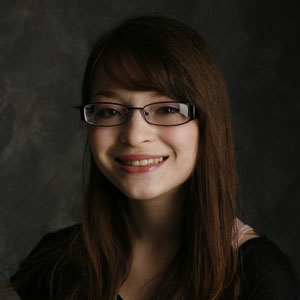 Wow, high school’s over already. It’s hard to believe how quickly it went by. I still remember my freshman year like it was yesterday. Let’s be real here, it wasn’t that great, but it wasn’t bad either, it was just okay. Basically, it was my training year at RB. I used that year as a guide to the dos and dont’s of high school. Like where all of the shortcuts were in the hallways, don’t stand in the middle of the hallway (or else you will get pushed out of the way), and to get to the cafeteria ASAP if you don’t want to deal with the long lines. Obviously that’s not all that I’ve learned through the last four years, but I don’t feel like listing everything, because that would take forever.

So I guess I will take this time to reminisce and laugh at some of the experiences that I have endured during my time at RB. Where do I even begin with this one? Let me take a minute to think about what I really, really, want to say. (Insert time it takes here).

Ok, I think I finally know what I should say and how I feel like saying it. Well, here goes nothing, you ready? Alright enough stalling, it’s time for me to spill my guts to you all. I think I will start with my freshman year.

I was a pretty shy kid back in the day, and because of this I wasn’t too good at making friends. So as you can expect I was not the most enthusiastic person when it came to high school. Many of my fears were things I’d seen in TV/movies as a tween; which in retrospect were not the main ones I should’ve been worried about. Let the list of TV shows and movies that “taught” me about high school begin: Mean Girls, Lizzie McGuire, Stuck in the Suburbs, High school Musical (without all the singing of course), A Cinderella Story, and Life with Derek, etc.

However, everything I thought I knew about high school, all of my fears and worries just disappeared after the first day. It didn’t take too long for me to warm up to the idea of being here for four years. Which I suppose was a good thing in the long run.

I suppose now’s the part where I brag to you about how many friends/ acquaintances I’ve made and about my successes; blah, blah, blah. Well that’s exactly not what I’m going to do.

I just want to say that even though I’ve complained about coming here every day (my friends will vouch for me on this one), and though sometimes it has been a struggle, Thanks RB. I truly believe that you have helped shape me into who I am today. Also, to all of the wonderful people I have met these last four years, I want to thank you too. Whether you know it or not, you made a difference in my life, big or small, it still means a lot.