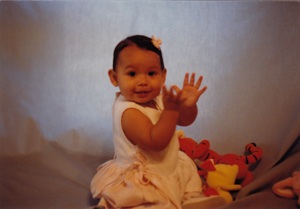 Well, where to begin? It has been a fast and furious four years here at RB and I can’t imagine having to sum it all up in a mere 300 words, so I’ll apologize ahead of time if this is a little long. I’m not really all that sure where to begin, so I’ll just go back to the beginning.

Freshman year was a blast, and that’s all thanks to SEE Team. Shout out to Mr. Holt, Mr. Mancoff, and all of my classmates that year, you know who you are. So many memories were made that year while we were on the farm, cleaning Baseball Woods, and down by “the crick”. SEE Team made for an easy transition into high school. I made some new friends and became closer to others, and I will never forget it.

I can look back and clearly remember saying at the end of first quarter my freshman year, “Hey guys, only 15 more quarters to go and we’re out of here!” Back then, it seemed like we were never going to graduate at that rate. Little did I know that these past 15 quarters really weren’t a giving me a lot of time. It didn’t actually hit me until my junior year, though. That’s when I finally got involved.

I was already a part of the softball team and on the Clarion, but it really wasn’t all that much. I knew there was something missing; that I was missing something. So thanks to my sister-Shout out to Mimi- I decided it was time to bump up the extracurricular activities. I joined FCCLA, OLAS, NHS, and continued to do Softball and Clarion. I was so invested in each of these that I went on to be a captain on the softball team, and editor for the Clarion, President of OLAS, and President of FCCLA. Boy, have I been busy; stressed, even. But it has all been worth it.

Deciding to become so involved my junior year really helped to shape the person that I am today. I became more confident in myself as well as my ideas and opinions. I wanted to be heard. I became more vocal and made sure my ideas were heard and put into action.

Now that I’m in my senior year, it’s time to reflect. Think about the choices I’ve made, the people I’ve met. I’m happy to say that I have no regrets. So many friends have come and gone and-not going to lie-there have been times where I miss each and every one of them. But there is my one core group of friends that has stuck by my side through all of this. Shout out to Emily, Hannah, and Kelly. Those three have been my best friends since the beginning, and I don’t know what I would have done without them. I am genuinely sad that in about a month’s time, I will no longer see them every day. I know we’ll visit each other when we’re in college and beyond, but a part of me will be sad when there’s no one to gossip with about what just happened last hour.

Well, I think I’ve ranted on about my high school experiences long enough now, and I suppose many of you have stopped reading this and are already on to the next senior goodbye. For those of you who are still reading this, though: Goodbye.