Bright and delicious to listen to. 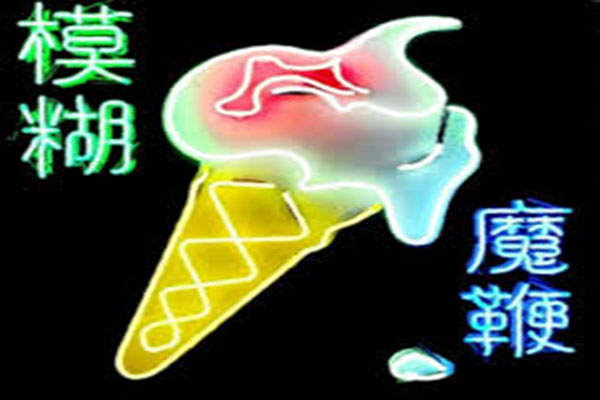 The men who make up Blur wear many hats. Front man Damon Albarn has worked on multitude of different projects since Blur’s last album, including Gorillaz and The Good, the Bad, and the Queen; both he and guitarist Graham Coxon worked on solo records; and bassist Alex James started making award-winning cheese and curating festivals. Yet when the four (Albarn, Coxon, James, and drummer Dave Rowntree) come together, the result is distinctively Blur. The London four-piece has returned with The Magic Whip, their first album in 12 years, and their first with Coxon since 1999.

The foremost of influences brought together on the album is the city in which it was recorded, Hong Kong. The album’s instrumentals were recorded in a five day lull in touring, and the city seeps through the speakers; the traffic noise at the beginning of opening stomper “Lonesome Street” gives way to a hectic guitar line worthy of the city’s notorious bustle, while the melancholy “My Terracotta Heart”, with its light guitar line and skipping synths, is the perfect soundtrack to a walk in the rain in a North Point market. “I Broadcast” has the feel of an arcade machine playing Modern Life is Rubbish, and “There are Too Many of Us” weaves a paradox of spacious claustrophobia using militaristic drums, a wandering synth line, and staccato guitars. Lead single “Go Out” combines that sense of dystopia with Blur’s typical guitar line to create a sing along, as does “Ong Ong”.

There are occasions where Blur lets the influences take over a little too much. “Thought I was a Spaceman” and “Ghost Ship” both sound like a taste of the upcoming Gorillaz album rather than Blur songs; this isn’t to say the pair are bad songs necessarily, but that they feel out of place.

Yet there are moments where Blur lets that virtual band (along with other influences) come through while still sounding like Blur. “Ice Cream Man” is immediately reminiscent of “El Manana”, but replaces that song’s melancholy with a repressed glee fitting of the title subject; Waltz-like “New World Towers” sounds like Damon Albarn’s solo effort Everyday Robots; “Ong Ong” recalls the band’s 1996 song “Country House” with its infectious melody and a refrain that begs to be sung by an arena.

While most bands’ reunion albums attempt to recapture past glories, that is not the case here. Yes, Blur calls upon their past albums for inspiration, but it combines them with the influences they’ve gathered over the 12 years and combines them into something worthy of their mid-90s heyday.

Highlights: “Lonesome Street”; “There Are Too Many Of Us”; “I Broadcast”