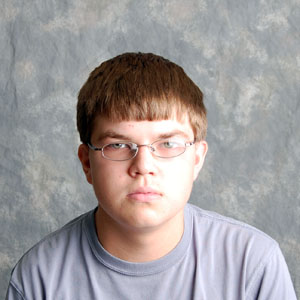 Being a journalist is, perhaps, one of the more logical conclusions to my childhood. I’ve always had an interest in stories and storytelling, through any medium. Even when I was young, I had a near-encyclopedic knowledge of film,TV, and video games, and this later expanded to music, theater, and the Olympics. I’ve always been a talkative individual; throw me in a room with 100 people and I’ll be talking within two minutes. But when I first became a student here, being on the Clarion wasn’t really on my radar. It wasn’t until my parents pointed out that journalism was an all too perfect intersection of my interests that I signed up on a lark for my junior year.

I won an award with the third piece I wrote. That piece, a review of the film Gravity, was a sort of passion piece: I had been excited for the film since it was announced, and jumped at the chance to review it. And I guess that “passion” is the word that best describes journalism in regards to me. This is something I enjoy doing. The fact that I’m good at it is either no-brainer or a happy accident, depending on how one looks at it.

Along with fellow Clarion reporter Andrew Pilewski, I will be majoring in journalism at the University of Missouri, home to one of the world’s top journalism schools. I am also a Walter Williams Scholar, one of the top students in the school. This is insane to me. Despite what other people might think,  I’ve never thought of myself as the cream of the crop at anything I do. I have always felt that I have at least something to prove. That allows me to constantly push myself and try new things and expand the already vast amount that I can do.

This feels like an end. I will never see some of you again, and that saddens me. I’ve had the opportunity to know wonderful people over the last four years and I hope to keep in touch with some of you in the future. But it also feels like a beginning, and that’s where I thrive as a person.  Going to college excites me, and I’m thrilled to be going to Columbia to study journalism. I can’t wait.