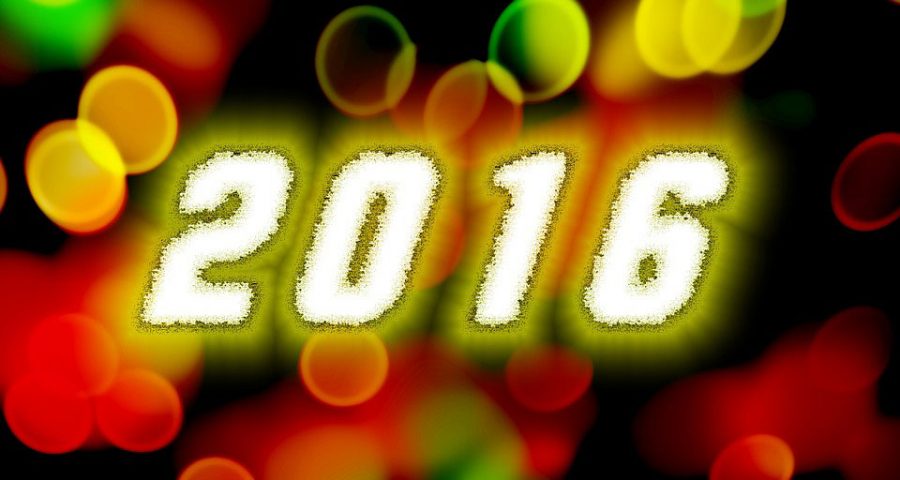 Wow. That’s the word I would use to describe the year 2016. Yeah, there was the presidential election, which was what people would probably remember 2016 the most for, but let’s not forget the tons of other things that happened. The world had so many majors events involving sports, music, social trends, and that one incident involving a gorilla. A lot has happened that we tend to forget what happened in the wee early days this year. So let’s turn back the clock and relive some of the good, the bad, and the not-so-pretty moments of 2016.

What in the wide world of sports went on in 2016? Certainly it was a year of underdogs and comebacks.

NFL- Just in February we saw the Denver Broncos take on the Carolina Panthers in Super Bowl 50. Everyone was expecting a Panther’s win and a lot of dabs from Cam Newton, but the tables were turned as Denver took the title as Von Miller dabbed all over Carolina. Dak Prescott was a huge surprise as the 2016 season began. When Tony Romo got injured again, the rookie stepped up and helped lead the Cowboys to one of the best records in the lead. Prescott broke the record for most consecutive pass attempts without an interception to start a career with 176 surpassing Tom Brady.

NBA- Lebron James and Cleveland Cavaliers defied everything as they came back from a 3 to 1 series deficit versus the Golden State Warriors who had the best NBA season record EVER (73 wins 9 losses). Truly it was a crazy turn of events and perhaps one of the most delightful or upsetting event in 2016 (depending what side you are on). If that doesn’t make a memorable event, the 2013 MVP Kevin Durant leaving Oklahoma City to join the Warriors will make it one. Some called it unfair and some called it awesome. Other notable events were the retirements of some great players including Kobe Bryant, who scored 60 points in his career finale.

MLB- The Chicago Cubs won the World Series. I can’t believe I wrote that down but it happened. The Cubs came back from a 3 to 1 series deficit versus the Cleveland Indians to win the World Series for the first time in 108 years. National League MVP Kris Bryant, along Anthony Rizzo, led their team in one of the most nerve clinching Game 7s ever to claim the ever cherished World Series Trophy. The North Side will never be the same again.

Soccer- Leicester City had a 5000 to 1 odds of winning the Premier League in the beginning of the 2016-2016 and against all odds, literally, they just did that. The team was led by Premier League Player of the Season and FWA Footballer of the Year Jamie Vardy, who led the team in scoring with 24 goals.

Olympics- America dominated winning 121 medals in the summer Olympics. Michael Phelps added to his record gold medal, earning gold five times. Simone Biles was described as “dynamite” with her explosiveness in women’s gymnastics as she helped the team win gold.

When it came to sports, 2016 saw some thrilling games. But we also lost some great people in 2016, some of which include:

Alan Rickman- Actor, best known in the Harry Potter film series with his role as “Snape”

Harper Lee- Author of To Kill A Mockingbird

Muhammad Ali– Boxer, often referred to as “The Greatest of All Time”

Gene Wilder- Actor, best known for his performance as a Willy Wonka

Phife Dawg- Rapper from the group A Tribe Called Quest

Crazy things have happened over the last year. Let’s look back on some notable events.

#Clown Lives Matter- In the fall, Twitter went viral with people dressing up as creepy or scary clowns. Some say this was a public relations stunt for the upcoming 2017 remake of the movie “It,” but no one was exactly sure what caused the initial sightings. All the commotion caused actual clowns to protest there scary menaces. A “Clown Lives Matter” march was scheduled in Arizona, but cancelled due to death threats. Eventually, the clown sightings subsided and everyone moved on.

Brexit- On June 23rd, the United Kingdom voted to leave the EU in a referendum. Over 30 million people voted and Leave won by 52% to 48%. Prime Minister David Cameron resigned that day, making room for Theresa May to take his place.

Zika Virus- A new disease has come to the public eye as the Zika virus has started to spread among babies and pregnant women. The virus is caused by the infected Aedes species mosquito. The spread of the disease caused a conflict in those attending the Olympics in Rio de Janeiro.

Orlando Night club- On June 12, Omar Mateen shot and killed 49 people at a gay nightclub in Orlando, Florida. Many thought Mateen was prompted to attack the club by ISIS. This was the largest terrorist attack on United States soil since 9/11 and received massive amounts of sympathy from people from around the country.

Pokemon GO- Launching on July 6, 2016, the game gained massive popularity. Pokemon experienced a surge in relevance that it only had before in the Pokemon craze of the late 1990s. It lasted for much shorter, petering out in August-September of 2016. A free to play location-based game using augmented reality allowing players to walk around in the real world and catch the iconic creatures right on their device was the first of its kind and exactly what old fans were hoping to see with the new technology.

VR- Short for Virtual Reality, it is a new genre of video games storming the market and bringing lifelike immersion with it. Its popularity has attracted gaming giants like Sony, Valve, and Microsoft, all with their own takes on the new market. Even Samsung and Google have capitalized on the trend with the Samsung Gear VR, Daydream by Google.

U.S. and Cuba relations- Since the United States severed diplomatic ties with Cuba in 1961, much progress has been made. Namely, President Barack Obama visiting the country just this March, the first sitting president to do so in more than eighty-five years. Many restrictions on travel, banking, and remittances were eased. The first normally scheduled commercial flight landed in Cuba from Miami on November 28 for the first time in 50 years.

Brussels Airport Attack- Explosions in the Brussel on Tuesday, March 22, 2016 killed 32 people. Two explosions were in the main terminal of Zaventum International Airport and one blast took place in the Maelbeek metro station, in the center of the city. ISIS was responsible for the attacks.

A lot of music and anticipated albums have come through this year. Let’s look at several of them.

Highlights of this year’s top albums:

The Life of Pablo – Kanye West

This is Acting– Sia

Highlights of this year’s top songs:

“I Took a Pill in Ibiza”- Mike Posner

“Stressed Out”- Twenty One Pilots

“No Problem”- Chance the Rapper

Many breakthroughs in technology that could make our lives better were made this year, along with various advancements.

Immune cells that are genetically engineered are now saving the lives of cancer patients.

New rockets can now land upright and be reused past their maiden voyage, making space exploration must more viable and efficient.

Robots and AI can now learn things on their own and share those things amongst themselves.

Tesla has delivered a software update to their cars enabling the first major step into autonomous driving.

In Buffalo, New York, a 750 million dollar solar factory is in development that is able to make ten thousand solar panels in a day, and them being the most efficient solar panels in the market as of now.

As you can see, there were many new cultural, social, technological, political, and societal changes and trends of 2016. Although it is time to turn a new page in 2017, we shouldn’t forget the important events and changes to our society that 2016 brought.