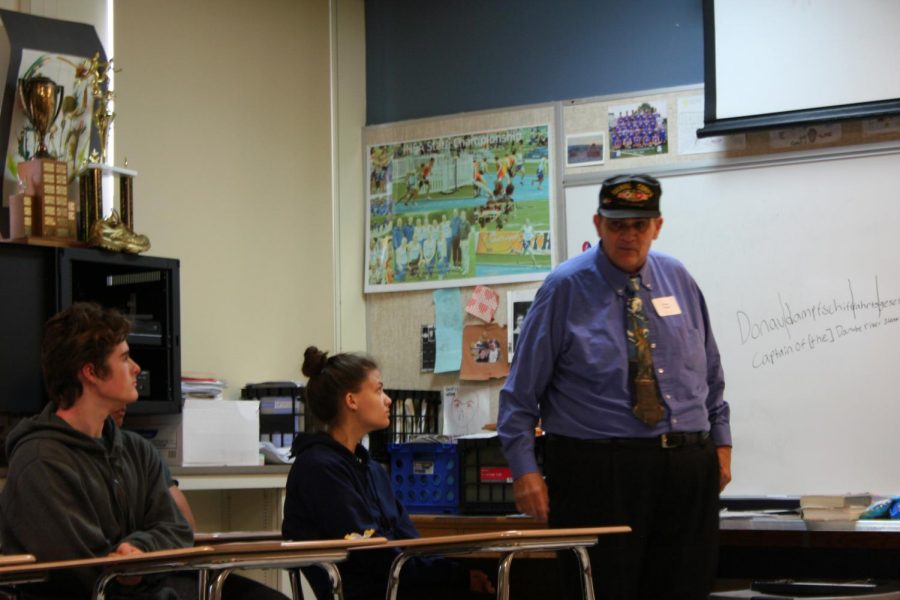 Veteran Bruce K. Troyer was drafted into the U.S Army which was a painful and hard experience for him. He explained his struggles and his good times while serving in the Army. He also explained how he got drafted and how it felt.

“The branch I served in was the U.S. Army,” said Troyer.

Troyer was drafted into the Army in 1970 and his feelings were full of anger.

“I was sitting home doing homework and I got a letter in the mail that was a note from the U.S Army letting me know that I start my training next week,” said Troyer.

Troyer started his war time in 1970 and went home in 1973. He served in the Army for three years.

Troyer explained the hard times he went through while he was serving.

“The hardest time I went through was when I  went home knowing that my friends weren’t coming home with me,”  he said. “The best moment I had was when I signed a paper which was a notice and that paper let me come home to my family,” said Troyer.

Troyer has two boys. One of his sons passed away 10 years ago.

“I have two boys; one in education out in Naperville, and my oldest boy who passed away 10 years ago from a brain tumor,” said Troyer.

Troyer was also a teacher at Morton College and taught Fine Arts Photography. He has since retired.

“I taught at Morton College… and now I substitute and sometimes I even bump into some of my students,” said Troyer.