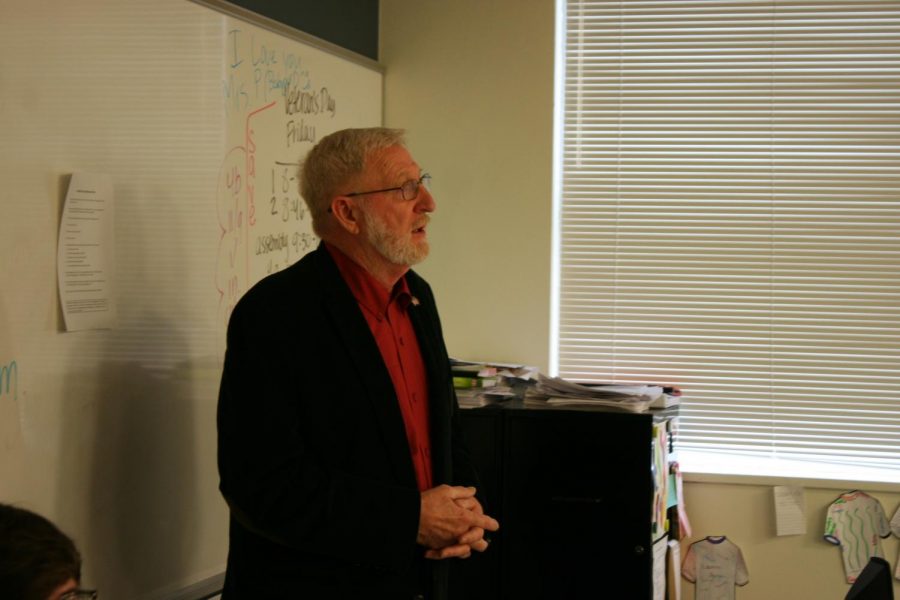 Charles “Bud” Fuller joined the Marine Corps at the age of 17 and served from 1964 -1973. He served in Vietnam and was in charge of the artillery and still suffers from hearing loss to this day. He fired rounds ranging from 105mm to 175 mm.

“Your hearing is the first thing to go,” said Fuller

He came from a military family and had an older brother in the marines. His older brother was the one who helped him to realize his desire to serve in the armed forces.

When asked why he chose the marines Fuller said: “I wanted to be with the best,”.

After leaving the military he worked in construction operating the heavy machinery and later retired in the 90’s.

“Using the heavy machinery was very similar to operating the artillery,” said Fuller.

Fuller also joined “Run for the Wall” (RFTW). Which is a motorcycle group made up of patriots and veterans alike? He became an ambassador. This means that he rides ahead and meets the people, visits VA hospitals and hands out merchandise in the towns his group rides through.

The journey starts in California and splits into 3 different groups going 3 different ways and all of them end up in Washington DC. They ride 3,000 miles across the country to visit the Vietnam Memorial Wall. Anyone can join and he tries to encourage the younger vets to join to carry on when he and his group can no longer make the journey. Fuller hopes to join the group for their 30th annual run next year.

Some members of this group, including Fuller, also go and speak with Congress about the 14,000 soldiers that could be alive in Vietnam. These soldiers were either declared MIA (Missing In Action) or POW (Prisoner Of War). At the end of the Vietnam war, only nine prisoners were returned to the United State. Many people fear the may still be alive in Vietnam prisons.

Bud Fuller is a proud and patriotic man. So much so that July 4th is his favorite holiday. He and so many others like him must be remembered long after the war is over. Bud Fuller is one of the men and women who fought for our freedoms and for that we thank you.