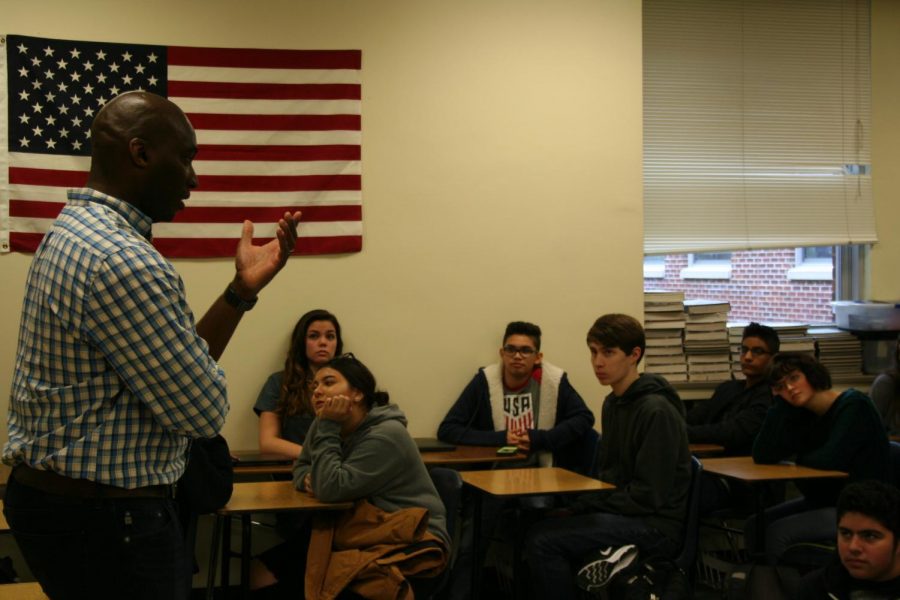 Charles St. Clair was a medical laboratory specialist in the United States Army. He joined the army in 1984, and eventually retired in 2008.  He was involved in the colorguard, he had the opportunity to be a general’s aide, and he became a staff sergeant.  He was 18 years old when he had made the decision to enlist. He decided to enlist because he had recently graduated high school, and did not have the money to make it to college. His brother had enlisted the year before so he had decided, “why not”.

“I just happened to do really well on the ASVAB so they had said I could pick any job in the military that I want,” said St. Clair.

Charles St. Clair traveled multiple times due to being in the Army. He started out in South Carolina, completing basic training at Fort Jackson. Basic training is where they teach you how to march, and where they get you in shape. He then went on to individual training at Fort Sam Houston in San Antonio, Texas. There he went through individual training, and was taught how to be a medical laboratory specialist.

He went from there to doing three years of active duty at Fort Bragg in North Carolina. From there, he had moved on to Fort Benning in Georgia. There he attended jump school, where they conduct basic paratrooper training.

“This was the one time, the first jump I did, I didn’t keep my body position when I came out of the plane. So what happened was that my risers got all twisted all the way down to my neck. I can’t see, I can’t lift my head, but what they tell you is that if you peddle your feet like a bicycle that you’ll start counter rotating and it unravels the risers. You have to hurry to do this cause you’re at 1500 feet coming down like a ton of bricks so I’d  have to hurry up and bicycle my feet and boom, and now once I look down there is the ground. It was a mess, I jagged up my ankle that day. I made it through,” described St. Clair about an memory during jump school.

He served six months in Honolulu, Hawaii attending an advanced medical lab school. He had gone to Panama with an engineering company to provide medical support. His last on duty tour was in Iraq, where he had wrapped up his military career.

He offers advice to anyone interested in joining the military, to study for the ASVAP.  A higher score on the test could give you better options than being a cook, or transportation.