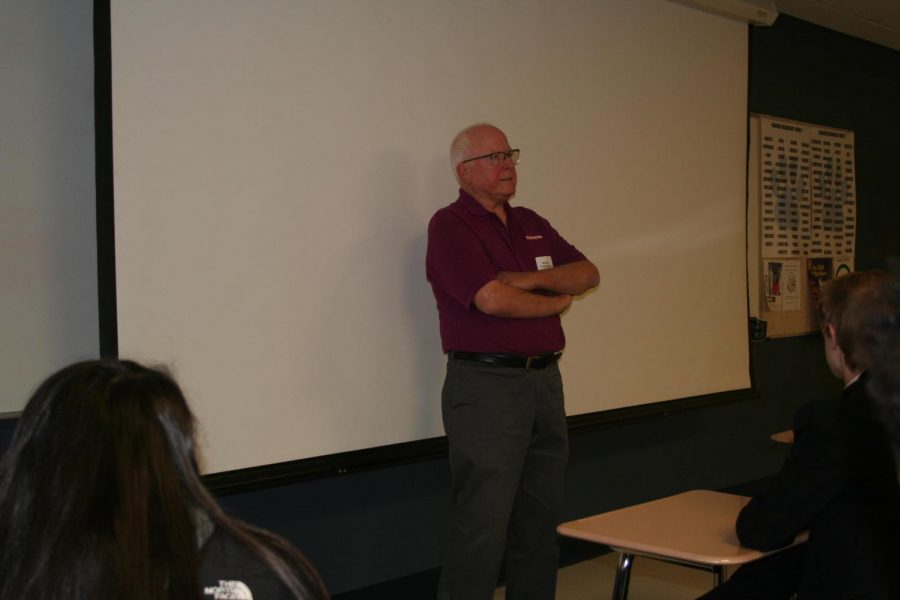 Richard Korzyniewski is a veteran of the United States Army. Serving from 1966 to 1969, he quickly became a first lieutenant and led a troop of 140 when he was 20 years old.

Korzyniewski had always wanted to join the military. The Chicago-born veteran had a brother in the Marines. This meant that he couldn’t be drafted until his brother returned. After he did, Korzyniewski signed up for Army Communications, and was drafted the day after.

Korzyniewski went through 23 weeks of training to become an officer. Out of the 210 men in his training, only 130 graduated.

“[If I could change one thing, it would be] having all my friends back, and not having the wars that we do,” said Korzyniewski.

In Korea, he went through 12-hour patrols. They were ambushed once, which resulted in Korzyniewski being hit in the head with a gun. That was, according to him, his most influential interaction in the military.

“When I got hurt that time from the ambush, for whatever reason, we didn’t have a medic at the time and we had a surgeon in the group. When I got hurt, he came up to me and said, ‘I don’t have anything for that. I can stitch it.’ We became very good friends,” said Korzyniewski.

Joining the military opened him up to people and cultures that he wasn’t previously exposed to. He met people of all religions and races.

“Just meeting the people, and the knowledge, finding those people, learning their experiences and everything, it was great,” said Korzyniewski.

Coming home was a different experience for the officers. They came off the plane and were greeted with angry war protesters.

“It was a bad experience. You got off the plane, and there were war protesters, and they spit on us. We didn’t get respect at that time,” said Korzyniewski.

Although it had an impact on his life, it didn’t change Korzyniewski’s outlook on the world, even throughout all of his trials and tribulations.

“It didn’t sway my thoughts because I’m a true countryman and I’ll do what needs to be done,” said Korzyniewski. “I feel sorry for the guys nowadays, you know. They say, ‘Oh, we only lost so many this time, so many that time,’ but the guys that come back, their minds are different. They’re not the same. That’s one thing you learn to put to the side and just keep going. Because you see death, you see a lot of different things.”

If Americans can remember anything about veterans, Korzyniewski wishes that it would be that they did it for the good of America.

“We put our lives on the line for them, everyday, and we did it for our country, and for us to have the freedom today to do whatever we want,” said Korzyniewski.