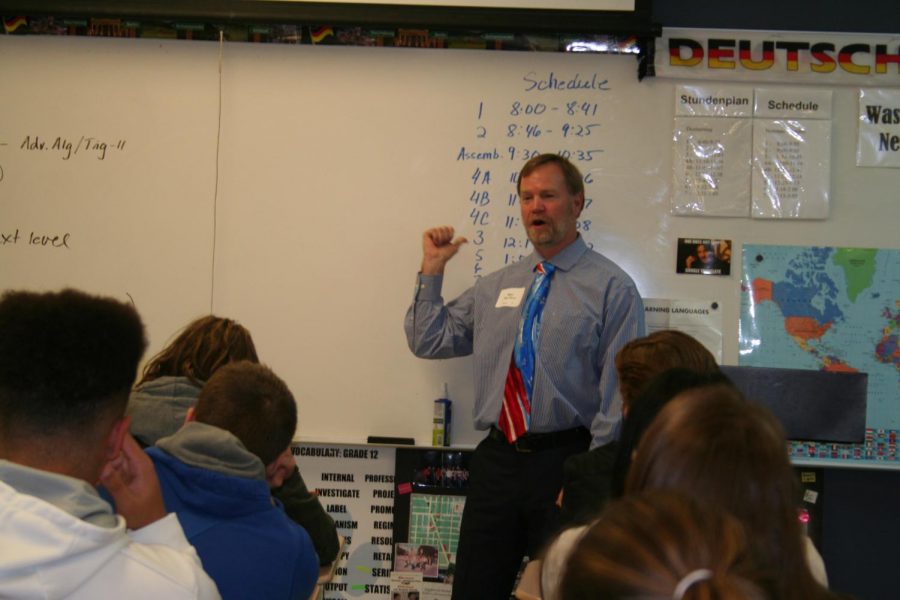 Stan Van Nice served in the United States Navy, and he shared some of his experiences and thoughts from the service.

He started out working at a pizza place right out of high school, and felt like doing something else and the military came up.

For Van Nice, his time in the military was fun and difficult at times. He got to see many interesting places and meet a lot of great people.

He also flew plane missions for twelve to fourteen hours at a time. There were times of fear, such as flying over an area near the North Pole for seven hours with ice beneath you. However, there were fun memories like the seven to eight hundred dollar toilet that was often not used much.

Van Nice had the pleasure of seeing many foreign places like Russia and Spain. He got to see both the positives and negatives about living under a different society.

“Most Russian soldiers didn’t want to be there, and their food was terrible,” said Van Nice on Russia.

Van Nice did his part in serving his country and got to meet good people and explore different places.

“You know I was fighting for freedom, but when you’re in the service they own you, so it was such a great feeling to be able to choose where I wanted to live, what I wanted to do,” explained Van Nice.

After years of duty to his country, the time came for Van Nice to move on.

“The happiest day of my life, other than when Quinn was born was when I rode out of the base gates for the last time and thought I’m free,” said Van Nice.