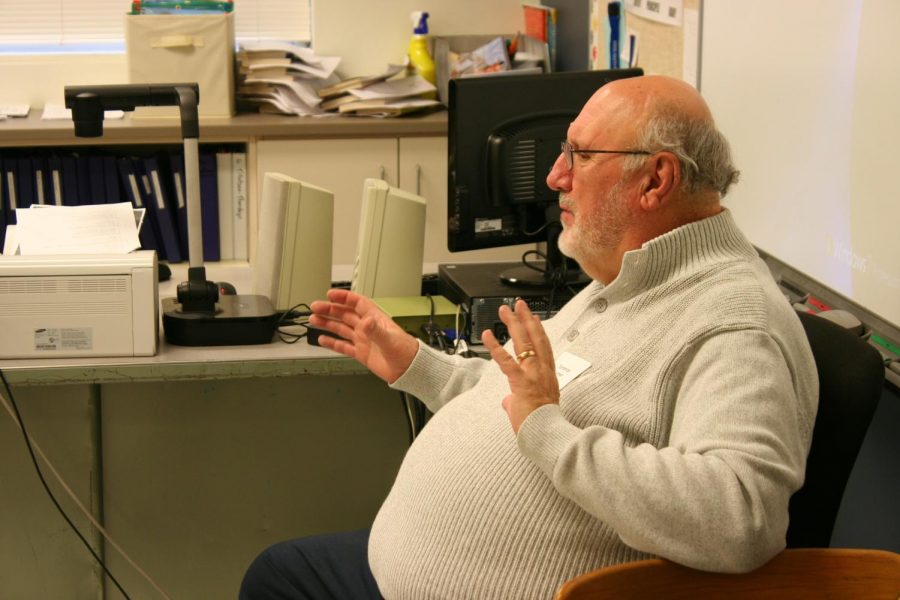 Terrence Farmer sits down to speak and present students his story from Vietnam in room 133.

Terrance Farmer is an army veteran who fought in Vietnam from 1969 to 1970. He used to fight for our freedom, but now he is a normal Riverside resident. The RBHS Veteran’s Day assembly is something that Farmer looks forward to each year.

A favorite thing of Farmers when in Vietnam was getting mail. To him getting something from home was one of the most sentimental things you could get. You could easily hear someone’s voice with a cassette, but being able to re read a letter multiple times was easier.

Farmers dad was never a man to send letters. But when Farmer was deployed his father sent letters multiple times a week. He would update him on the little things like the football team winning a game over the weekend. This was something so little, but was an amazing thing for Farmer to receive.

Farmer told a story about his daughter finding letters of his and his wives from when he was deployed. He mentioned that he really loved the feeling of being able to have even his kids read these letters.