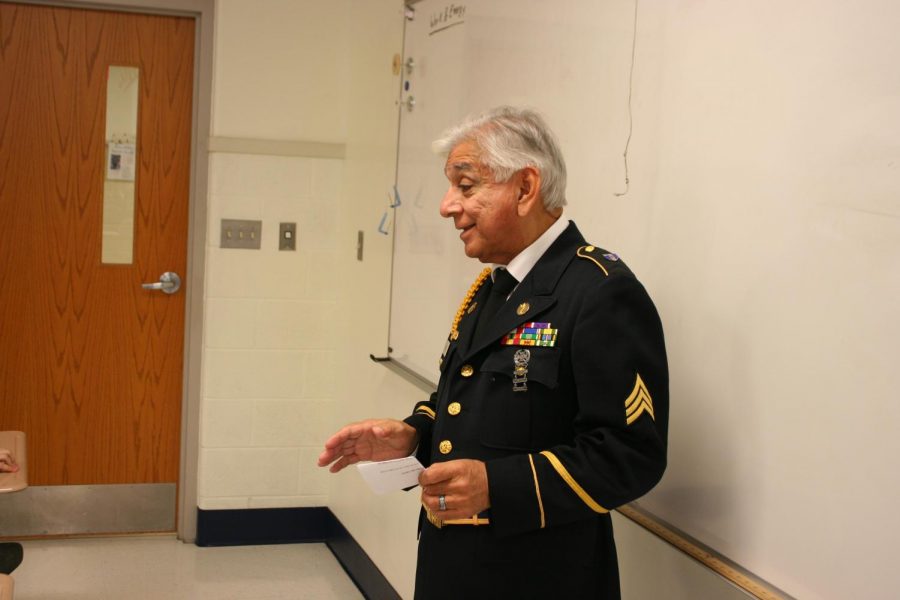 Thomas Vargas was drafted to Vietnam in 1968 when he was in vocational school, working at a print shop. Vargas’ initial response to receiving his greeting was optimistic in that he would get to go somewhere and see new things, but then he realized that he would be away from his family and would be fighting in a war.

“I smiled at first and said ‘This is great, I’m gonna go someplace’… but then I thought ‘uh oh, maybe this is a bad [situation],” said Vargas.

He spent three years serving, however one of them was in the hospital, recovering and rehabilitating from an ambush of which he was the only survivor. Vargas’ basic training occurred in Missouri and his jungle training happened in Louisiana. His parents strict expectations is what he believes helped him follow orders and survive the military. When it came time for him to begin training he had never fired a weapon.

“I was just 19 years old,” Vargas said, “that’s it you’re just a kid you just followed what they [the government] said.

When in Khe Sanh, Vietnam, Vargas was driving his tank when the enemy, patiently waiting, began to attack and Vargas suffered a bullet wound entering the left side of his chest and exiting out the right side of the base of his skull. After being rescued by helicopters, that had searched the scene after eliminating the rest of the enemies, and being in rehabilitation for a year, Vargas learned that he had been the only survivor out of over 120 deaths.

“I’m a miracle guy, the first time was from shrapnel… the second time I got wounded… the shrapnel broke my nose…” Vargas said. “The last one… I was the only survivor in an ambush. ”

Once Vargas was out of the hospital, he found himself to be more patriotic than before, and that he had grown up very fast. Although, he didn’t personally experience forms of disrespect that other soldiers did since he came home from the hospital, he believes that the poor treatment of the Vietnam soldiers, future and current veterans are treated, and will be treated better.