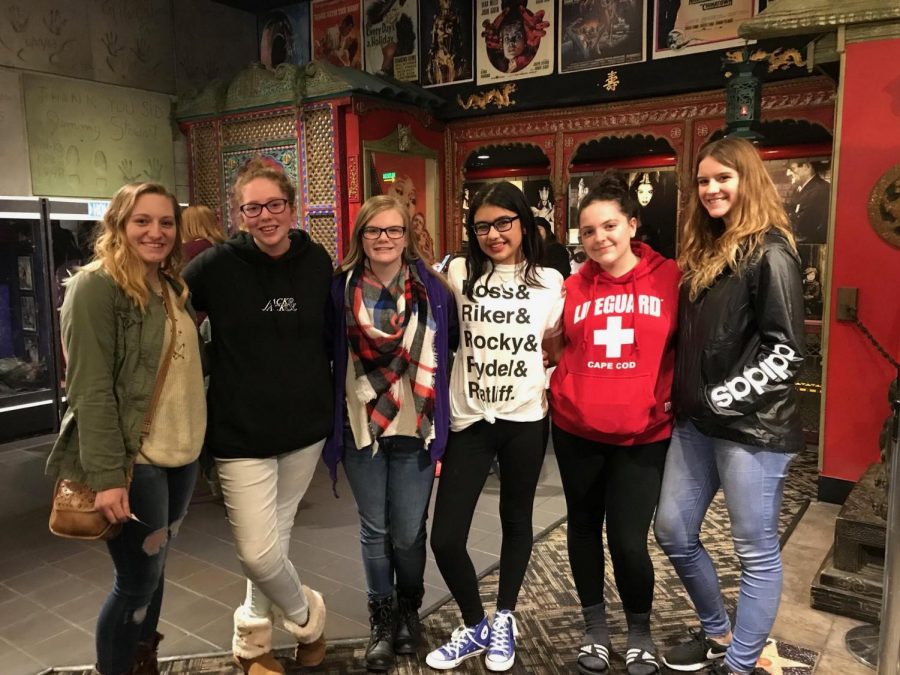 I am grateful for the music I like and what it has brought into my life. In 2014 I started taking an interest in this band called R5. After following and tweeting at the band a handful of times, I met this girl named Jasmin. We both made the same joke about the band and followed each other. For months we DM-ed back and forth on Twitter. Eventually we exchanged numbers and started FaceTiming. The two of us spent hours texting and talking about R5. Over the next few months our friendship blossomed into something bigger. On March 10, 2015, I got to see my favorite band and meet my best friend. When I got to the concert, the first thing I did was find her. After looking for each other for a few minutes we finally met. It all happened really quick, but it’s a moment I will always be grateful for. When the concert started we were able to sit by each other. The two of us spent a lot of time getting ready for this concert and afterwards we stayed and waited for the band. Now here we are three years later. Jasmin and I are still best friends and hang out on the weekends when we can. Being able to meet someone who lives far away from you isn’t something that happens often. I was able to do this and it was a great experience.