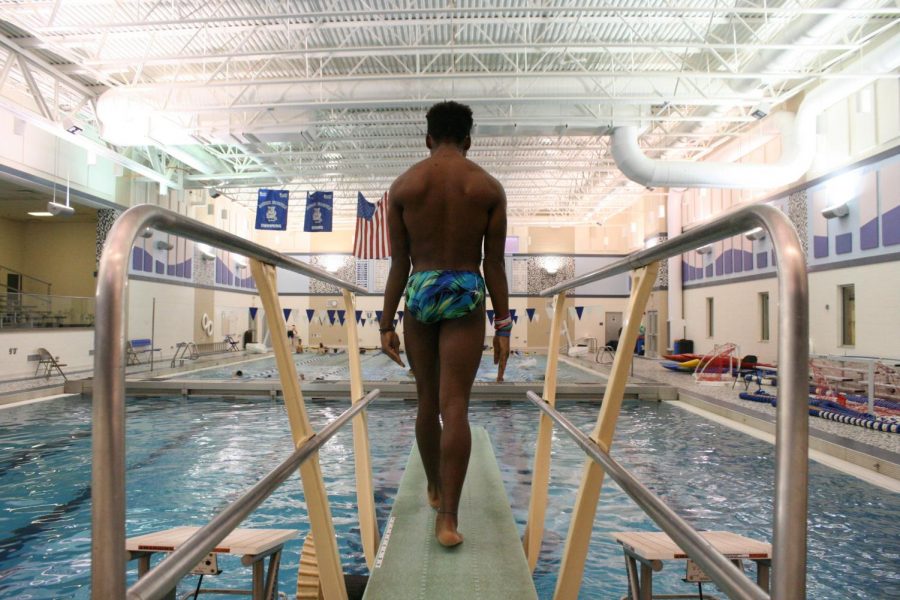 Ja’Moni Wise prepares for a dive.

The themes this season for the RB boys’ swimming and diving team are improvement and setting new personal records. The athletes on both the JV and varsity teams looked to better themselves everyday in practice by fine-tuning details, and they succeeded in doing just that.

“Going into the season our goals are always the same: We want to have fun, drop time [for events], and get as many guys to the state meet as possible,” said Graham Risley, head boys’ swimming and diving coach.

Many varsity swimmers are getting ready for the postseason.

Rosa is regarded as the team’s best swimmer, and is also the younger brother of Joseph Rosa, an RB graduate who made it to the state competition last year. Michael Rosa, Wise, and Bielobradek all made it to state last year as well.

All three of them look to repeat by competing well enough at this year’s sectional meet, which was held on February 17. Both the swimming and diving portion of the meet were hosted by Downers Grove South High School.

If they are among the top performers, they will head to the IHSA State Competition which will be held through February 23-24 at New Trier High School.