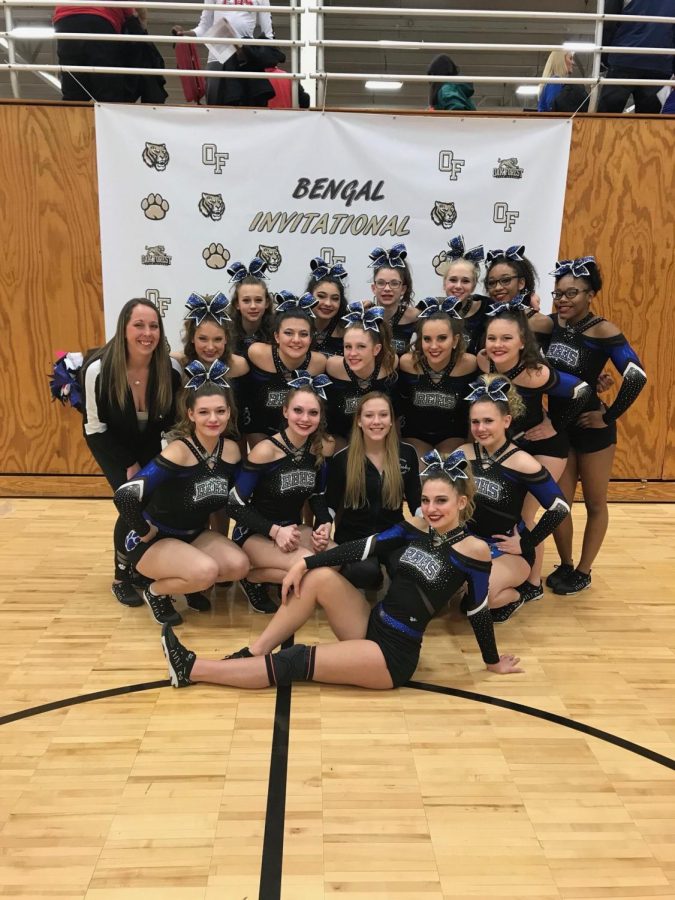 The Riverside Brookfield cheer team has been working very hard this season, getting second place at conference, and placing in the top ten at Sectionals.

“I believe that it was a very successful season. The skills and the utilization struggled in the beginning but by the time sectionals came around they performed everything and hit a clean routine,” said Coach Rachel Huedephol.

This year the girls changed their routine halfway through their season and really took charge on the mat. With the help of the upperclassmen, the younger girls really stepped up by the end of the season.

“This season we had a large amount of underclassmen at the varsity level and by the end of the season they learned what it took to be a varsity athlete. They continue to fight at every competition and increase their score at each one,” said Huedephol.