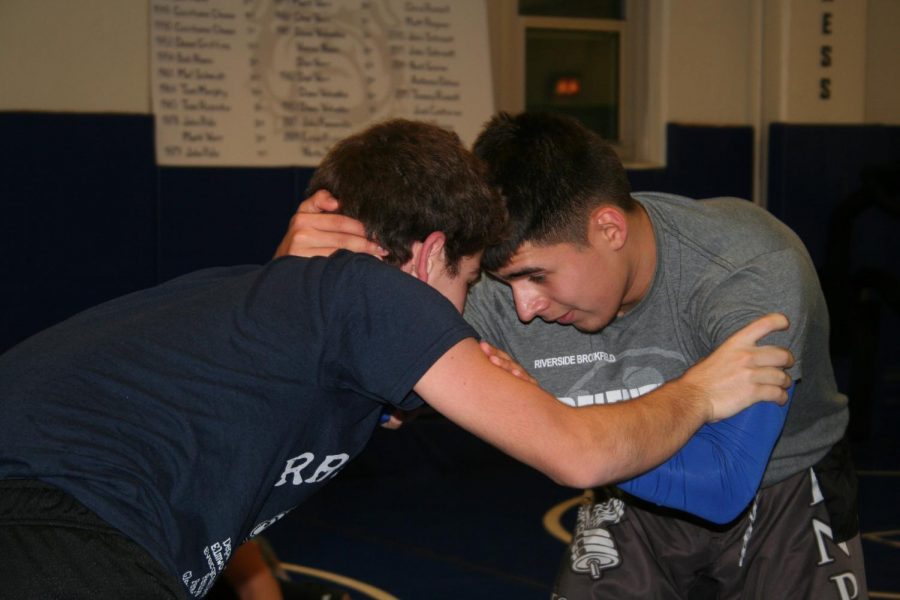 Self-improvement seemed to be the theme of this season, especially with an extremely young core and inexperience.

“Knowing that we were going to have a young team with seniors that had some high goals, we wanted to make sure that we were improving everyday. Our goal everyday in practice was that in some area each wrestler was going to make an improvement and get better everyday, while also pushing them at a high pace to make sure that those guys that had some goals at the end of the year were still in a position to attain those goals,” said Nicholas Curby, wrestling coach and math teacher.

Most of the freshmen that joined this year had never wrestled before, but by the end of the season, some of them were even put into the varsity lineup.

Pearce was the Bulldogs’ best wrestler this season, placing high at every meet, and eventually placing first in the conference meet. Fletcher started wrestling as a sophomore, but quickly became a leader that pushed all of the younger guys and made sure that they were all doing what they were supposed to.

The Regional tournament was held on February 3, with  junior Riley Shaw making it to Sectionals.