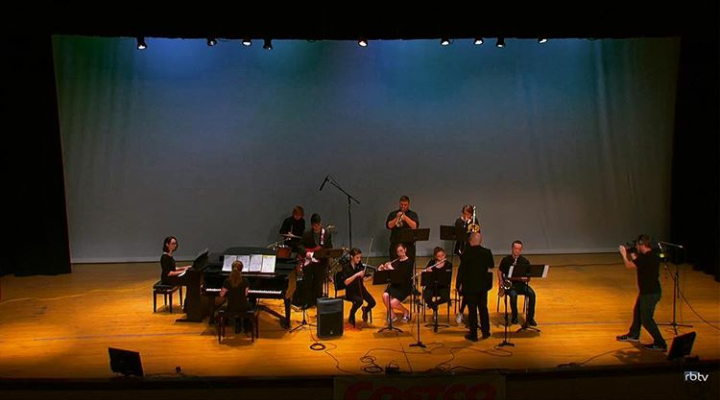 The RBHS Jazz Band playing at the Telethon.

When I started band last year, students would be in the audience, showing support for the band. This year, we lost those students due to them all mostly being seniors. Now, the few students that go to the band concerts are from the music department themselves.

I feel that it would be beneficial if students came to support the band. There is a chance you might even find a familiar face in the band. Also, when you actually listen to the music, it can be relaxing, energetic, along with so many other positive emotions.

The music played by the band can really get you into a musical rhythm, improving your overall mood greatly. If you haven’t been to a band concert yet at RB, you really should consider going. It is a wonderful experience.