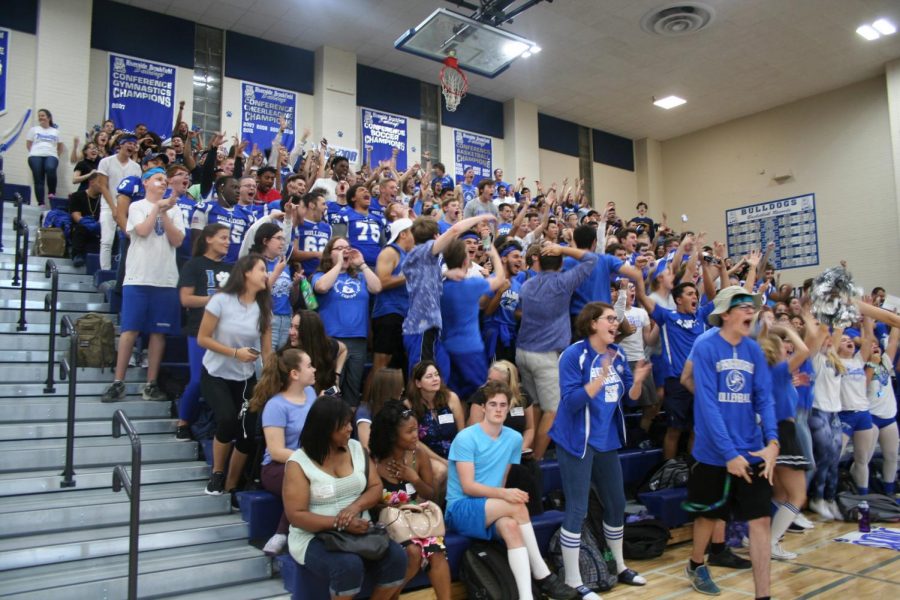 …from the ones in the bleachers

School spirit is supposed to mean a way to boost your positive attitude towards your teachers and the school that you go to. Unfortunately, that is not always the case now, especially for lesser known clubs.

Now, as most people here at RBHS know, the pep rally is an amazing time of the year. During the pep rallies, students cheer for the sports teams and the homecoming court nominations.

But others may feel how I feel about the pep rally: that clubs such as Anime Club and Video Game Club get no recognition and have no way during those times to really spread awareness of their clubs.

It also can spark many stereotypes around the school due to the lack of information and lack of recognition. We need more recognition to really get others to step outside the box and really encourage them to join other clubs.

My opinion is that the only really recognized clubs during the pep rallies here are the ones like Best Buddies and Speech Team. Nothing wrong with those, but now these other clubs are just fading into irrelevance, similar to the Go-Bots being irrelevant to the modern era with Transformers.

People here could use the little boost of morale, even if it is a quick mention. There are many solutions we can figure out to make the disappointment of being forgotten less common, like within the pep rally schedule.

We can first begin by recognizing the lesser acknowledged clubs that seem to always be on the sideline instead of on the field after mentioning the sports teams accomplishments during the rally. It can be as simple as the principal saying, “At this time, if you are a member of this club, please stand and give yourself a round of applause for being in that club!” then proceeding to list all the clubs.

Just that type of recognition can really raise awareness about all the clubs in RBHS, and might even attract new members to our respected clubs. It is that little action that can change the whole environment of the school and make people feel proud for being in a club, even if they are not in a sport.

It just seems fair that at pep rallies and school support events, everyone should be involved in some way than just being forced to sit in the balcony and cheer for those who are the lead cheerleader or star player of the football team. School spirit should be about everyone as a whole being proud of themselves at our school, not just for those who are on a team.