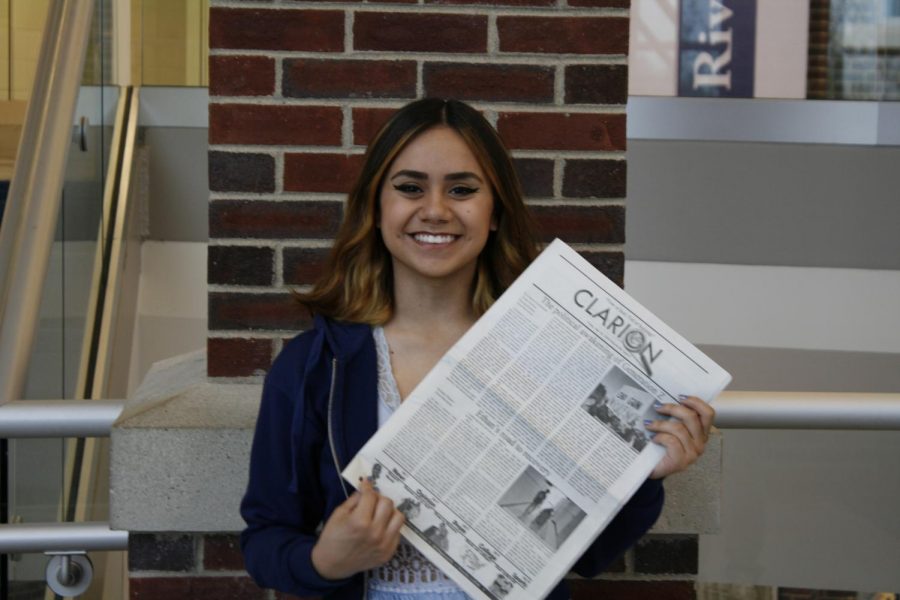 Oh, wow. Yeah, high school is over. Let’s just say it was “a time”. Y’know, it goes fast, but I’m not complaining. That doesn’t mean there wasn’t good times, but there was also four years of math and three years of science. Anyways, I’m gonna miss my friends and all that, and most of my teachers were pretty cool even if they did teach math or science.

I don’t know who I was as a freshman, but I’m glad whoever she was took Mr. Mancoff’s advice and joined Clarion. Even though I never had Mr. Mancoff as a Clarion sponsor, I’d still like to thank him for offering me up to the new world of Clarion.

Aha, Clarion. The best way I can describe Clarion (especially Clarion hard copy nights) is with The Office S5:E14 (0:00-4:35), or most episodes of Bob’s Burgers.

When I first joined Clarion I was a shy sophomore girl. I didn’t know anybody in the class, and they were all either scary upperclassmen or…freshmen. Anywho, I quickly became a part of that family. McKenna Powers and Kiera Donnamario were my wolf parents, and I was Mowgli. They shaped me into what I would later become—whatever I am now.

I followed in Kiera’s footsteps my junior year and became the Public Relations Editor. The size of the Clarion staff also tripled that year—fun. Emojis were my only friend. And Galen.

Senior year, I followed in McKenna’s footsteps and became Editor-in-Chief. Unlike the previous EICs, I didn’t have a Co-EIC for help. I was the sole Editor-in-Chief girl, but I did have a whole staff and a team of editors to help me through it. Elizabeth was always there to semi-appreciate my calming YouTube videos that got me through stressful situations, Tatum was always there to make a “funny” joke and calm everyone down, Michael would tell “jokes”, and Rahim was there.

From crying while writing a Star Wars: The Force Awakens review, to being the only reporter in the room for the Ms. Musil protest meeting and later interviewing Dr. Skinkis separately, and to then talking with US Congressman Luis Gutierrez in front of an auditorium full of students and community members, I can also classify Clarion as “a time”. Mr. Helgeson was also there no matter how many blue pens I stole from him.