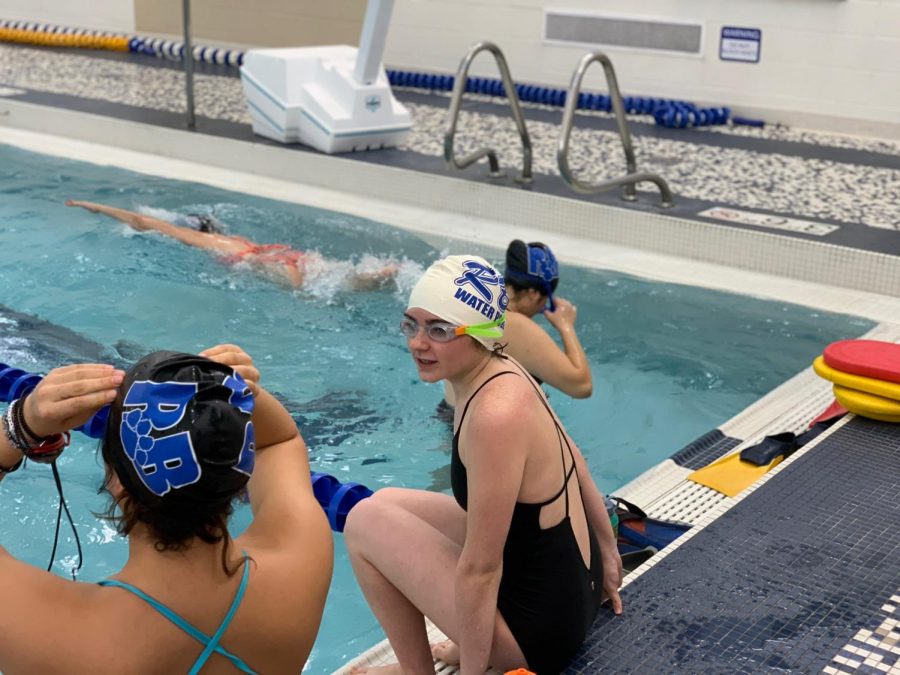 Before I start this article, I would like to formally thank Sarah Strubbe for going along with my crazy idea, and being a great sport about it.

In one of my crazy 3 A.M. thoughts, it dawned on me how difficult it would be to start a new sport at this age. Obviously, there were exceptions of prodigal athletes like acclaimed ballerina Misty Copeland, who didn’t begin her ballet training until 13, but for the most part, it would be almost impossible to succeed. I brought this interesting thought to the next Clarion staff meeting, and then, all of a sudden, I was a varsity swimmer.

Leading up to swim practice, I could not get all of the worst case scenarios out of my head. What were they going to think of me? Was I going to embarrass myself? What if we had to do fifty laps without stopping and I drowned? What if they make me swim alone and they make fun of me for it? I really wanted to get out of it, but considering it was my idea, I didn’t have much of a choice, except to get out of my own head.

Fast forward about a week, and now I was in the locker room. The clock was ticking. There was only so much stalling I could do before I would have to swim. Everyone in locker room was very welcoming. I told them I had no experience, other than some swim lessons I took at age six, which was followed by a slew of “good lucks” in concerned tones. The adrenaline and nerves probably made it out to be worse than it actually was. I finally got the courage and went to the pool. Before I got in, I needed a swim cap. Little did I know, there was a specific way to put it on. It was so tight, I can remember the squeezing sensation, like my eyeballs were going to burst out of my head.

The room was humid and the water excruciatingly cold. Around the pool were water bottles and kickboards. There were six lanes. The lanes farthest to the left (if you were facing  pool) were more dense. The farther right you moved, the less crowded the lanes were. I was in the second to last lane to the right, there were three other girls. My initial thought, while in the pool, was how uncomfortable I felt. I was questioning the validity of these thoughts because I was able to go to dance in just a leotard and tights and feel great, but bring swimsuits and new activities into the equation, and I became the most self-conscious I had ever been. We began warming up with laps across the pool. When I pushed off the wall, I felt a little bit better, because even if I looked crazy, I could not hear or see anyone’s reactions. When I got to the end of the first part of the lap, I was pretty breathless. I thought that I would be able to go for much longer without being tired, but the fact that I hadn’t eaten much that day definitely contributed to my lack of stamina.

The practiced continued, and I think I actually improved after getting some kicking tips from some girls in my lane. The coach called practice about fifteen minutes early that day, which was followed by exclamations and girls racing to get out of the pool.

Despite wearing a swim cap, my hair was drenched. As I got out of the pool, I didn’t know quite what to think. It was a lot to process. As I went to dance that night, with my hair in a soaking wet bun, I started to feel the the burn. My arms could barely be held; I could already feel the soreness setting in. I guess it was good to engage new muscles. I think I will stick to dance for now, but I definitely see myself as the next Katie Ledecky in a different life.