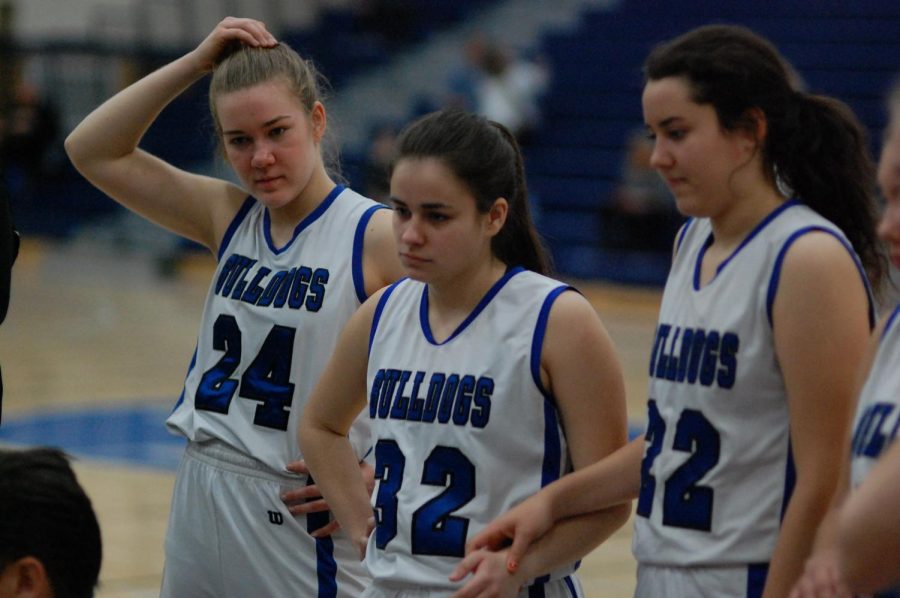 After clinching the conference, the RB’s girls’ varsity basketball team continued the season on a strong note, beating powerhouse teams such as rival Bishop McNamara. Senior point guard and captain Mary Maloney began to build more as a player and a key starter for the bulldogs as the season progressed.

On this year’s team, only three players were new from last year. This allowed the team to pick up close to were they left off last year. As regionals approached, Maloney’s play was needed to guide the bulldogs to victory.

Many of Maloney’s plays came off of her passes where she likes to watch others score from her assists. Over the summer, Maloney worked on her shooting and scoring abilities to improve from last year.

“Mary started to shoot the ball more with confidence during the flow of the game and provided us with another option on offense,” said coach Mark Ruge.”

Maloney expressed great satisfaction with the team this year. Good chemistry and experience has proved to be a valuable tool.

“Our season was great! We’ve accomplished a lot, including a conference championship, and we had a lot of fun doing it,”said Maloney.