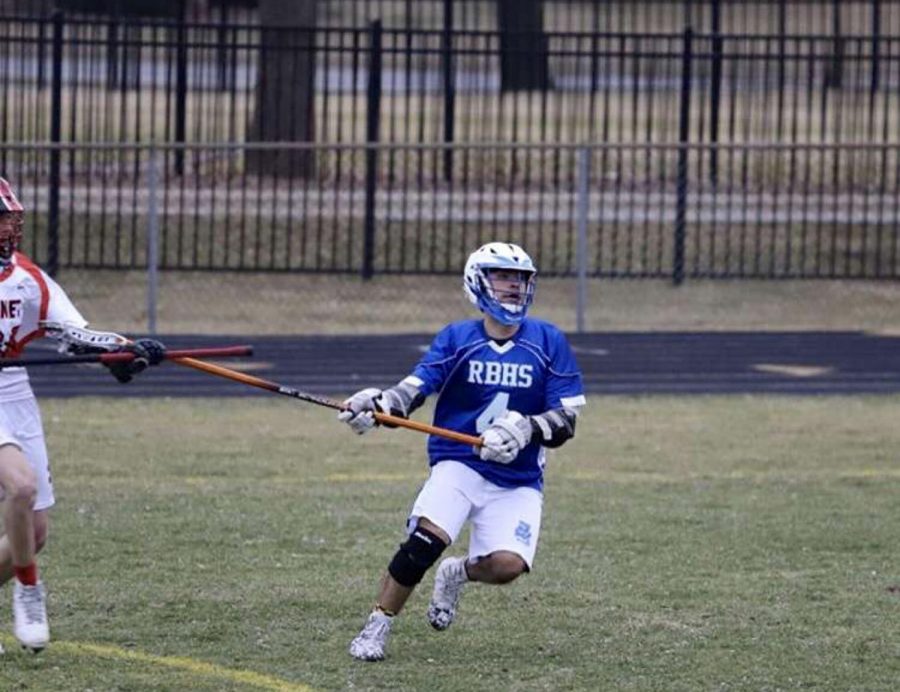 Aidan Regan is one of the founding members of the RB boys lacrosse team.

“It’s [lacrosse] been a way to relax and it gives me a purpose. I feel at home and natural with my teammates whether it’s club or RB. I can just worry about the field and the action out there rather than worry about other things. It’s also a way to express emotions in a healthy way,” Regan said.

After his athletic career at RB is over, Regan still hopes to play lacrosse in college but due to lack of college lacrosse exposure in the Midwest, there wasn’t much opportunity for aspiring lacrosse players to get recruited.

“It’s more difficult to get recruited. I have been mostly been looked at by DIII schools which means I cannot receive any athletic scholarships. Which is a bit of a bummer, but I’m still excited to have the opportunity to play in college,” Regan said.