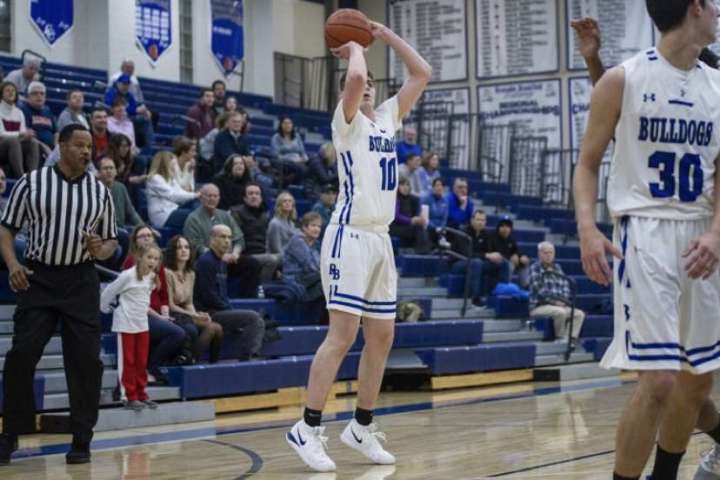 Paul Zilinskas has become a key part of RB’s basketball team this season.

Basketball is very meaningful to many people as it is considered a part of life and daily schedule. This is how it is for Paul Zilinskas, senior here at Riverside Brookfield High School. Paul is one of the members on the Bulldogs’ varsity squad. He has a special connection with the game as he looks to make it a career. Paul has helped lead the Bulldogs to a 20-10 record while also playing a key part in the team’s scoring.

Zilinskas’ love for the game has always been there. Paul previously played at Harold L. Richards High School before transferring to RB for his senior season. Zilinskas also played AAU for NBA player Evan Turner’s team, the ET21 Buckeyes.

“Basketball is like a way of living to me because my mom taught me how to play while I was growing up and I’ve just been playing ever since I was like five or seven years old,” Zilinskas said, the team’s leading scorer.

“I will be playing in college next year to whatever university I decide [to attend] and hopefully I’ll be able to go pro after that, that’s the main goal,” Zilinskas said.