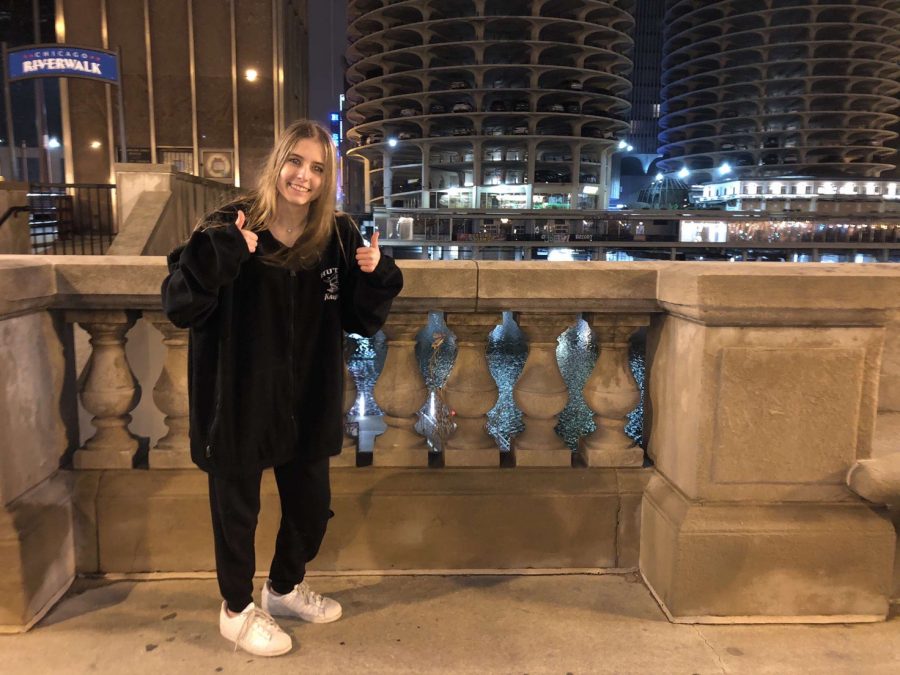 Ava makes one final visit to the city of Chicago before she is “involuntarily quarantined.”

Day 2 of e-Learning: It was a sluggish start to the day. I tossed and turned in my bed as my dad yelled at me to wake up to do my E-Learning. I instantly picked up my phone to look at the time, and my wonderful iPhone 7’s clock read 10:00, which means I had an hour to sign into my classes.

I never usually eat breakfast, not on weekends, not during breaks, and definitely not on school days. It all depends on if I wake up hungry enough, which in this case, I woke up not hungry at all. So instead, I decided to actually get my E-Learning done quickly, so I could do “Whatever I want,” the rest of the day. Most of the assignments are pretty short. For some classes, it’s hard to transfer what we do in class to online. I found this extremely evident for AP Macroeconomics, and Honors Chemistry, since we have a lot of instruction needed by the teacher. Obviously, Lifeguard Training is a little difficult to do online, as you could imagine. I wonder how all the students in my period will get lifeguard certified if we have our school cancellation extended. And this obviously affects SAT, ACT, and AP exams. Which, College Board confirmed on their Instagram page that they are working to have students take the AP exam from home. That’s crazy.

Anyways, I decided to get out of bed after I finished my E-Learning, so I could shower and at least say “Hi,” to my family before I left for the rest of the day. You might think I’m crazy for wanting to go out during a time like this, but I think what would really drive me crazy is if I sat at home for three weeks isolating myself from the outside world.

I walked to the kitchen, immediately getting mauled by my 5 month old puppy, full of energy of course. My brother was in the basement playing our PS4, of course. My dad was laying on the couch in the living room, watching something off the History Channel, of course. My mom was at work, surprisingly. I don’t know why they haven’t cancelled her job yet, since it involves a lot of exporting of goods. They even cancelled my dad’s job, he doesn’t know when the next time he will be able to work is. His job involves big events and convention shows, which you can infer, won’t be happening for a long time.

Expecting that I was going to go out, I pretty much laid in bed for the entire day. A lot of my friends weren’t allowed to go out, and if they were, making plans was a challenge. I asked my mom if I could have people over, but she said I can only have one person over at a time because she can’t risk getting the coronavirus. I thought ‘Fair enough’ so I had my boyfriend come over so we could watch “Victorious” for the remainder of the night.

This shows that the virus has affected everything, how many people I can see, when I can see them, and especially where.

After my boyfriend left, I was expected that to be the last time I not only saw him, but any of my other friends, since my mom said that that was the last night I could see people before she quarantined my brother and I.

To my surprise, I got a text from my friend asking if I would like to go downtown with him and another friend. My parents were asleep, but I thought since this was the last night I could see people, I might as well go out with a bang!

Long story short, I did end up going downtown, and many other places that night. Despite the time of night, it was like a ghost town. I noticed many 24-hour stores were closed, as well with many other places usually open. My parents weren’t too happy when they found out what happened. Let’s just say being quarantined isn’t the only reason I won’t be outside for a while.