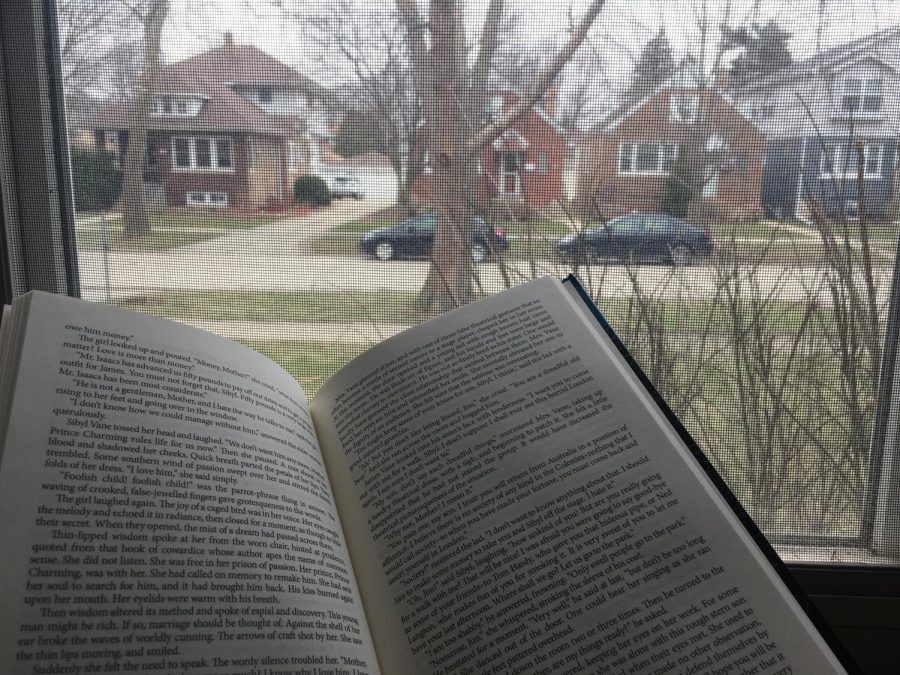 I woke up around 8:30 a.m. and walked downstairs to have breakfast and make a cup of coffee. 8:30 is pretty early to wake up on a day over Spring Break (for my standards), but I decided to follow a routine for myself over these few weeks so I would have some sort of structure in my day. After breakfast, I read a few chapters of my favorite book “The Picture of Dorian Gray,” which I am now reading for a second time. It’s a somewhat slow read, but it’s not like I have much else do to.

I closed my book and looked out of my bedroom window. It was cold and rainy out, but that didn’t stop me from taking my dog on a walk around my neighborhood. I hadn’t been outside during the day in a while, and it was almost eerie. Not that there would be tons of people outside on a rainy day, but I only saw one car driving on the road the entire time I was walking.

I ate lunch when I returned home and spent a few hours playing video games with my sister. We beat Super Mario Brothers for the third time since we’ve been home together. Being able to spend time with my sister who is home from college is one of the only things I love about having to stay inside. I’m not able to see her often, and it’s fun to be able to do things with her rather than just speak to her over a phone call or FaceTime.

The afternoon began to wind down and I opened the box containing my art supplies. Instead of painting, however, I just sat in front of the blank canvas for a few minutes. I decided to listen to music instead. I had no inspiration to create anything, and I have felt that way for the past week or so. I really enjoy painting, and I always wished I had more time to do it during school weeks. Now I have all the time in the world to paint, but I have no ideas and don’t feel the same excitement as I did before. This helped me realize that I draw inspiration and motivation from the people and the world around me, and not being able to see my friends or attend school as usual has impacted me negatively.