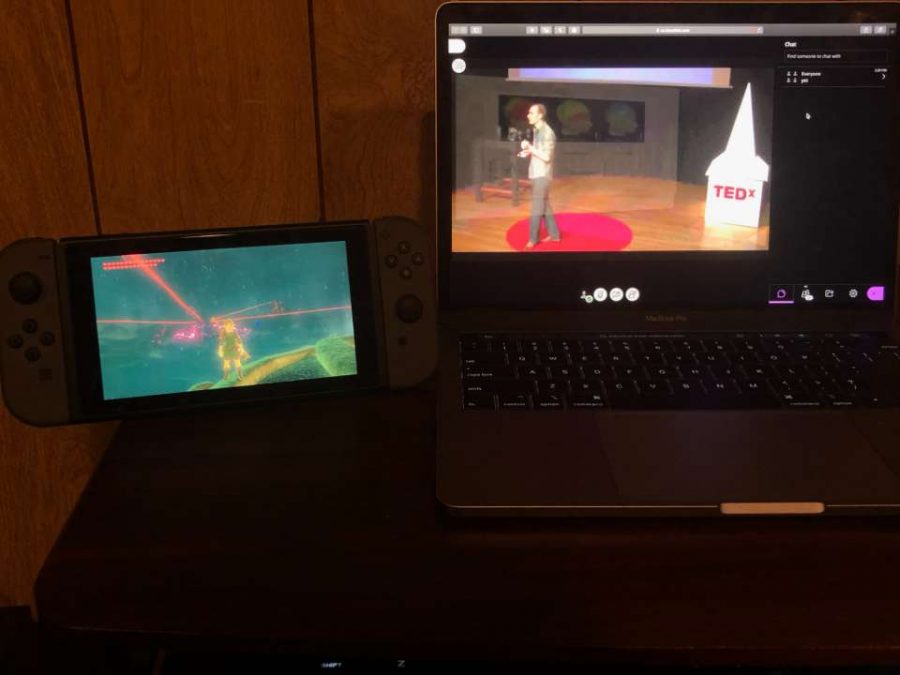 Confinement life has been pretty interesting to adapt to. It has not been the most difficult change to adapt to, because in general it is not like I was going out all the time. However, there have been some difficult things to adjust to.

Unfortunately, I missed the opportunity to get a haircut while barbershops were still open. I was already due for one and my hair was getting pretty long, so at this point I’m sporting a head of hair that is quite a bit longer than average for me. This may not be a big deal, but it is annoying. Now I have to make more of an effort with my hair and getting sweaty hair in your eyes when you’re running is never fun.

Other than my overdramatic hair problems, living in quarantine has not been too bad. Transitioning to online college has actually been pretty simple. Teachers have been very accommodating and helpful. All of our assignments are posted online along with weekly schedules, and attending lectures just requires logging into our virtual classroom. I will not lie: I have attended quite a few early morning lectures in bed. In some ways, I might miss online college when it is over. It has been a nice change of pace.

I have been engaging in a lot of casual activities to keep myself entertained during confinement. I have been watching a lot of Netflix and Disney+. The new season of Star Wars: The Clone Wars has been a great source of entertainment and enjoyment. Playing video games is, of course, another thing I have done to pass the time. I usually play them while talking with friends, and it has been a great way to stay in touch while also having a lot of fun. Some of the games I have been playing are Rocket League and Zelda: Breath of the Wild. I have basically been playing whatever I feel like playing when bored, or whatever my friends feel like playing when we are on and talking with each other.

Seeing family less has been pretty odd. I was not a person who was going out all the time to do things, so the switch to being more isolated has not been too difficult for me. However, seeing the rest of my family less for dinner or anything else has definitely been one of the weirder parts of this. It’s not that not seeing them is that big of a deal, but it was just something so regular and consistent in my life that it not happening now makes life feel a bit off.

Working out is another thing I have continued to do while confined. Though a great thing for me, my parents are not always a fan because I sometimes choose midnight to run on the treadmill. All of this time, yet I still procrastinate running until late at night. Some things never change.

While I have enjoyed certain aspects of confinement, I do hope that it ends soon. I really want to get a haircut and being able to see more of my friends and family in-person would be great. I will miss online school though. Sleeping later and watching lectures in bed is fantastic. It has spoiled me for sure. However, there is simply not enough to do here in the long-term. I want to go outside and see people and do things, so hopefully this gets solved quickly. As a final positive thought, I must say I am thankful that Avengers: Endgame came out April of last year instead of this one. If it got delayed due to this pandemic, I think I would have lost my mind.