I literally had the coronavirus... 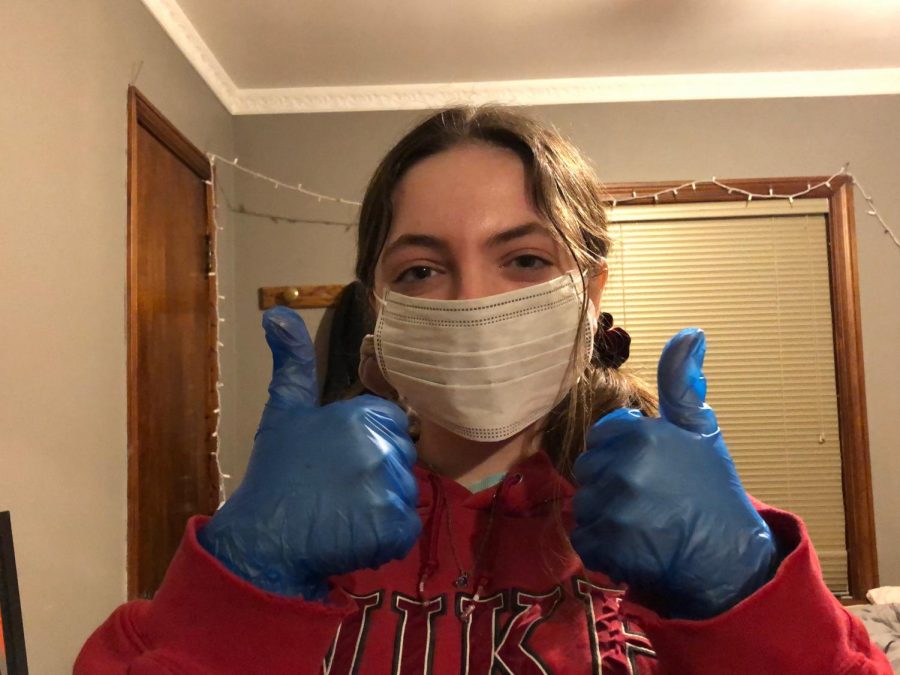 I’m going to keep it very real with anyone reading this. The Coronavirus is NOT a joke. I am 17 years old and never in a million years would I have thought that I would be hit by the virus that is basically controlling our 2020 year.

That day when RB announced we would be out of school for a while, I was extremely sad because that was a few weeks of my senior year that was being taken away. But I watch the news. I could see that things with COVID-19 were slowly getting worse and it was hitting closer to home than I thought.

The first week of e-Learning I wasn’t too worried about Covid. I had a schedule that week. I would wake up, shower, hang out with my boyfriend, come home, and do my school assignments. At some point in the week, I started waking up feeling drained, but I always just thought it was because I didn’t sleep well that night. I didn’t think much of it until the next week.

The weekend before spring break, I began to feel a little better. I wasn’t feeling as drained and I assumed it was because I was sleeping much better than before. I was following everything the CDC said about washing your hands and not touching your face, etc. I only left my house when my parents sent me out to get what we needed due to the shelter-in-place that was coming.

A few days later, the first day of spring break, something felt off. I spent most of my day in bed because my body was feeling drained again. I had no appetite which was weird because I hadn’t eaten at all that day. I finally forced myself to eat and after I had done so, I felt warm, but I was having cold chills like you couldn’t even imagine. I took my temperature- 99.5. A low grade fever. This is when I started worrying.

The first week, my family and I thought it was just the stomach flu. I had the constant feeling of throwing up all week, but nothing ever happened. By the end of spring break, I was in so much stomach pain that I had to throw up. I couldn’t handle it anymore. Let’s just say that night I slept on the bathroom floor using toilet paper as a pillow.

The second week came and I was feeling better. I was beginning to eat small things again such as crackers, eggs, strawberries.. But then it took a turn for the worse. My mom had made me a doctor’s appointment to get an official opinion on what I could have had.

The result of that doctor’s appointment made me realize that COVID-19 wasn’t a joke. (Which is totally ironic because I got diagnosed with COVID-19 on April Fool’s Day). This was early on when tests were hard to come by so I wasn’t able to officially get tested because they had to save tests for the health care professionals.

That second week hit 10x harder than the first week. I couldn’t get out of bed. I couldn’t eat. I couldn’t sleep. I couldn’t drink anything. I couldn’t even take a shower without feeling like I was going to pass out from standing up.

In the third week, I finally reached a point where I was ready to eat and that’s how everyone knew I was getting better. I didn’t fully have an appetite, but I was ready to eat. My sister got me Chick-Fil-A and I was so happy to finally be eating real food again. It took me over 20 days to even feel like myself again. For anyone who knows me well, they know I have an attitude towards almost anything and once I started showing that attitude, I knew the worst was over.

All I want everyone to keep in mind is that Coronavirus is not a joke and everyone needs to be smart and safe about their choices. Stay home. Don’t leave your house if you don’t have to. Take all the precautions necessary to keep yourself safe because I never want anyone to go through what I had to go through.