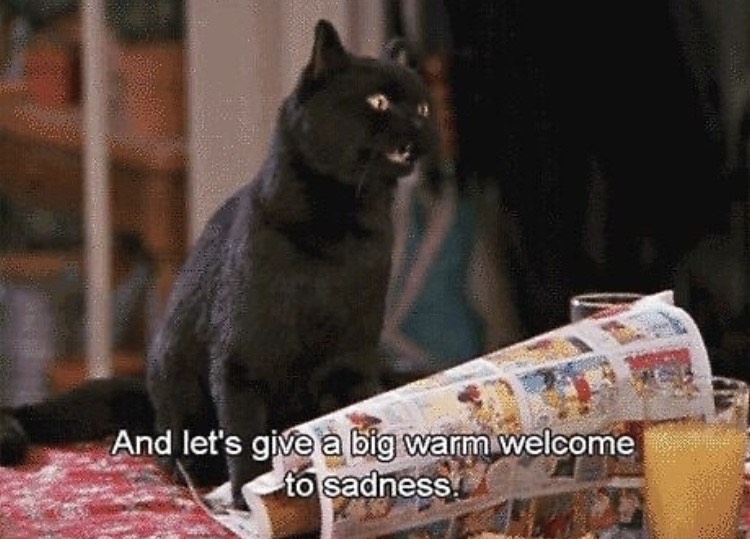 For someone who generally loves nothing more than to sit on the couch and do absolutely nothing, you’d think this time would be a blessing.

The first few days of quarantine, I was kind of relieved to have some downtime. I was working 30 or more hours a week, had just put my cat down, and was commuting to and from school every day. I was ready to embrace a little rest and relaxation. As I acclimated to the new normal, I sought out various hobbies to keep me occupied, and had no shortage of Netflix shows to entertain me well into the early hours of the morning.

But, when confined to the same space for so long, there’s only so much you can do before running out of ideas and energy. What were once productive days filled with reading, experimental baking, writing and art projects became week after week of staring at the ceiling letting existential thoughts flood my mind. Suddenly, I had no energy. I could barely manage to make myself breakfast in the mornings, let alone tackle a massive house project like people all over social media have been doing to stay busy. It just wasn’t practical.

When I realized how miserable I was, I started to feel guilty about my lack of energy and productivity. If I have few responsibilities other than school, why am I not making the most of this time? Am I just being lazy? Is everyone else feeling the way I do? I knew I should be doing something, but I just couldn’t. I felt far too foggy, unmotivated and exhausted.

But the reality of the situation is that it is so unprecedented that nobody knows how to feel, and people will cope in different ways. For some, that looks like catching up on to-do lists, while for others it simply means sleeping until 2 p.m just to take a nap at 4 (yes I really do this).

I’ve now reconciled with how I feel—tired, sad and anxious—and take each day at a time. The upside is that I’ve had ample time for introspection and self-reflection, and have come to some important conclusions about myself: I now know that a great deal of what brings me happiness on a day-to-day basis is often found in the plainest of activities. But once those activities become inaccessible to you, you miss them like crazy. Never again will I take for granted the simple pleasures of getting coffee with a friend, commuting to school, and even working my job. And those are the exact things I look forward to doing once again, and that keep me afloat during these times.