Animal Crossing has taken over my life 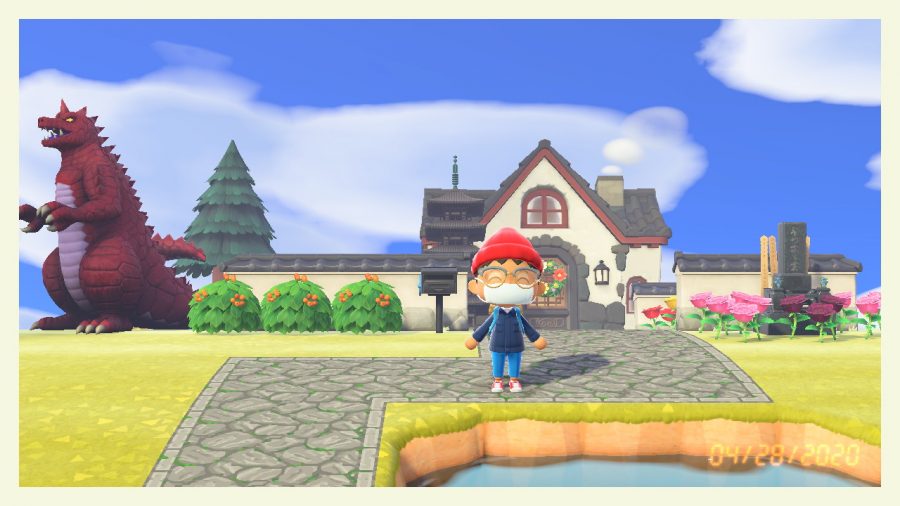 Peter Vasquez’s “Animal Crossing” character practices proper mask-wearing on the island he shares with his sisters.

Let’s start this off right, “Animal Crossing: New Horizons,” I’m sure you’ve heard of the game. If not, then I’m assuming you’re roommates with Patrick. The games are awesome, I’m a huge fan of “Animal Forest” on the GameCube. I preordered “AC:NH” and let me tell you, if this whole corona-quarantine caused me to not get the game on March 20th then the world and I were gonna throw hands.

From day one “AC:NH” was a challenge, my sister chose a really badly shaped island, and since she was the first resident and creator of the island her character was the Island Representative and for those that don’t play, it’s the person who can choose things like where to build bridges or stairs. They’re very important. She, however, doesn’t play the game as I do. I spent a total of 110+ hours on my account and 70+ on hers making our island as nice as possible.

One of the things the game has you do is get the game’s famous musician K.k Slider to play a concert at your island. To do so you’d need to get your island rating up to a 3-star. You can achieve this by planting flowers and adding to the overall scenery of the island. Completing this made me want to cry.

Not acting as the island representative made things so much harder than they should have been. I don’t like time-traveling. The only thing I time-traveled for was to make my villagers move in without waiting. With that said, everything is a day-by-day playthrough, I have spent a total of 180+ combined hours on our Animal Crossing characters to bring our island to a 3-star. It took me 80 hours before I realized that even if I’m planting flowers and contributing to making the scenery nice using my character, that does not count towards the rating of the island. 80+ hours of work for nothing.

Realizing this, I had to keep going back and forth from her account to mine just to make the island a 3-star. I did this for nearly a week. But get this… it gets better! I share a Switch with my siblings: my older sister Andrea, and my younger sister Isadora. I have never been so frustrated with someone more in my life. She is the island kook, The first day on the island she stole everything from my front yard and sold it. She decorated her yard in randomly dug holes and buried singular flowers. Not the plants themselves, just the individual flowers. She had numerous campfires surrounding one lawn flamingo.

I’ve taken up playing Overwatch again, too. The competitive mode has sucked me in yet again. I’m proud of myself though I’m nearly in the top 500 of the country for the damage role on Xbox one. Other than playing games, my day-to-day activities include waking up to play “Animal Crossing,” eat, sleep, play games, and do schoolwork before I knock and then repeat the cycle the next day.

I hope everyone has a safe quarantine and things go well for everyone. I can’t wait to hear how everyone’s quarantine is going. Also, add me on Switch. I would love to see people’s Islands. My friend code is SW-1994-1243-7218.