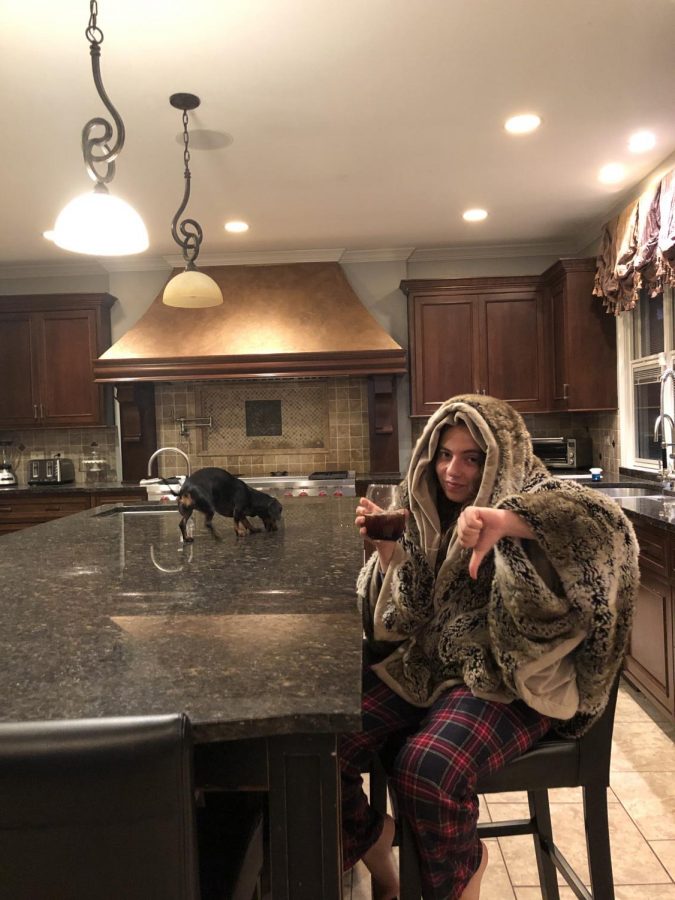 When I wake up in the morning, it’s to the sound of landscapers and leaf blowers below my window. Pollen manages to make its way through the cracked window on a rogue gust of wind, and I’m immediately doubled over sneezing like there’s no tomorrow. I blindly reach out for the allergy medication next to my bed and throw it into my mouth between sneezes. I had been expecting my allergies to begin soon, and had placed some meds there just in case this exact scenario happened. Spring is here, and it brought bittersweet feelings along with it.

On one hand, that meant that the weather would be consistently warmer and that everyone’s lawns and parks would be exploding with greenery and newly sprouted perennials. On the other hand, my allergies were always terrible during the start of spring and social distancing meant that I needed to stay in seclusion. It was as if someone had made cinnamon rolls on a weekend morning, and then told me that I couldn’t have them. No matter what, though, I was determined to enjoy the season even if I was barred from some of its best parts.

With that examination of my feelings on spring having reached its conclusion, I lazily tumbled out of bed and closed the window before my room could be filled with any more pollen. Curse town planners and their preference for male trees! I would gladly take a few unsightly seeds and thistles on the ground over the feeling of spewing mucus out of my nose every few minutes. There is nothing I can do about people’s past mistakes now, though. I went downstairs and made myself an iced coffee while my parents played country music and cut up fruit for breakfast. While I can’t stand country music, I also didn’t want to ruffle any feathers. We had just finished the bulk of moving into a new house, and my mom was still stressed over movers and landscaping and figuring out how the washer and dryer worked. My dad was stressed about the WiFi being down; as a lawyer, he can’t do much without being able to communicate with others. Non-work related things didn’t stress him out as much, so I figured it was safe to complain to him about their choice in music as the Keurig finished brewing the last of my coffee. Though he ignored my (very justifiable) complaints over genre choice, he did pull out a seat for me at the island in the kitchen.

I sat down at the island and nursed my coffee while my parents chatted idly about painting the foyer in the future and what fruit we’d need to buy on the next grocery trip. Overall, breakfast was very normal. I feel like everything just feels normal now: quarantine feels normal, wearing a mask everywhere feels normal, and even the news of those invasive giant murder wasps from Asia feels normal. Bad news was just another part of my day: when you’re swimming in the middle of crazy all day long, a few extra gallons of it doesn’t seem like all that much.

After sipping on coffee and picking at fruit for some time, I took my dog out for a walk. I like to have a podcast going on during walks so I don’t feel bored, and lately I’ve been into history podcasts. It’s really cool how things that seem somewhat inconsequential can change the political atmosphere and future of a nation in substantial ways. For example, did you know that an election in 1946 changed the House and Senate majority from Democrat to Republican over something like meat shortages from price ceilings? Human behavior is wild.

Anyway, after the walk I played a few offline video games to pass the time while WiFi was down. For the past few weeks I have been playing “Horizon Zero Dawn,” and I have been loving it. Same with “The Witcher 3;” my Gwent skills have never been sharper.

Ultimately however, I felt bad wasting what was a perfectly nice day on something like video games. I ended up sitting on patio furniture outside and taking my Kindle to read a few old books that had been forgotten in the depths of my Kindle library. “The Grishaverse” by Leigh Bardugo has been re-read a few times at this point in quarantine, and I have yet to lose my appreciation for it.

After a solid few hours of reading I went in to do some dishes and other chores. I like doing dishes. The routine of scrubbing the debris off the plate, the scalding hot water brushing my fingers- it’s all just really familiar. I appreciate that in a lot of household activities, actually. In a time where new things are introduced every day to society, housework is something you can turn to.

Once I was done with chores I went out and took a nap. I wish I could say there was more going on in my day, but unfortunately life is boring for everyone in my house except for my dog, who has been getting more attention and new stimuli than ever before.

I can’t wait for quarantine to be over.