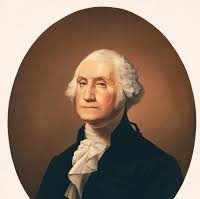 George Washington is practically a folk hero. He was the man mostly responsible for defeating the British in the Revolutionary War, and he could’ve easily become king but instead chose to become the reason that we have Presidents in the first place. So it’s safe to say that I wouldn’t enjoy fighting the father of our nation, no matter what the outcome is. Now onto the matter of who would win this fight. Washington was 57 when he assumed office, standing 6 feet 2 inches tall and is believed to have weighed a little more than 200 pounds. In addition to this, he was a veteran of the French and Indian and Revolutionary Wars, a seasoned fighter who probably beat up guys 10 times tougher than me during his time. So this first one is quite easy, Washington would beat me up in seconds, walking away unscathed as one of the bald eagles which surely followed him around pecks at my corpse.