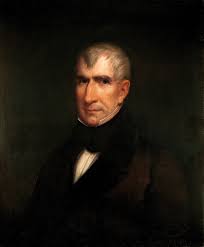 William Henry Harrison’s presidency lasted just 31 days, and because he was sick with pneumonia for most of that time, our fight will be short as well. Harrison’s sickness allows me to steal a win here, as he was a veteran of the War of 1812 along with several conflicts with Native Americans, so he probably would have smashed my skull in while healthy. I’ve got 39 Presidents left though, so I’m not gonna look back on this one too much, it’s a win in my book.