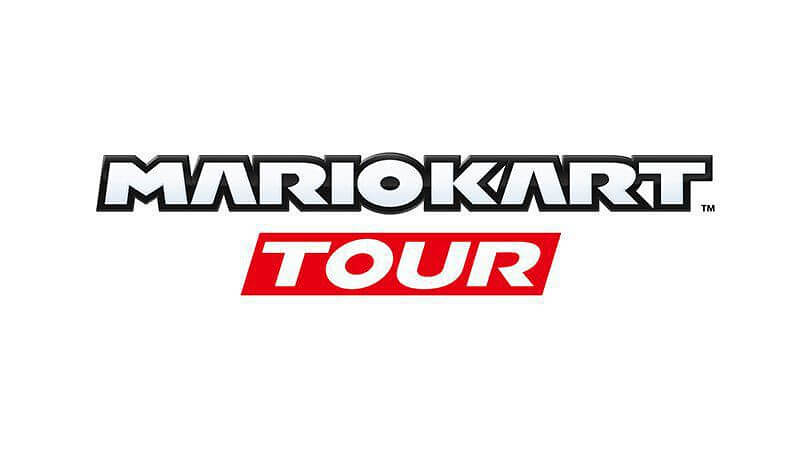 You have probably heard of Mario Kart Tour. If you have not, it is the latest app from Nintendo in a line of multiple mobile releases based on their pre-existing franchises, including Fire Emblem Heroes and Pokemon Masters.

Racing in Mario Kart Tour is similar to previous Mario Kart entries, but this time there are a few twists to the formula. Instead of game modes like Grand Prix, which consist of four consecutive races and racers competing for the best overall placing, all races are organized into tours and further divided into cups. Mario Kart’s standard has been three laps in one race, but Tour opts for only two laps. Asides from races, there are also challenges that change up the main objective of the game, add in new elements, or iterate on mechanics already present in the game.

The main objective of races that enables progression is not solely finishing placement, but a score based on overall performance during the race. Your score is based on a multitude of factors: your base score, points earned during the race, and your final place. Base score is calculated through the combination of your chosen racer, kart, and glider. All of these components have a different value that slowly increases as you race, and you can also use certain obtainable items to increase this value.

Points earned during the race accumulate as you collect coins, hit opponents with items, do tricks, as well as many other maneuvers. Doing any of these actions in rapid succession causes a combo, which multiplies the total points by how many you chain together. Combos greatly improve your score and can be essential for getting a high enough score to move onward.

Progression is directly tied to Grand Stars, which are earned through how well you do in each race or challenge, and also missions which can be done during any race. To unlock the next cup or a reward in a tour, you need enough Grand Stars. Grand Stars are cumulative and are not spent.

The other main focus of the game is collecting all the racers, karts, and gliders. Some are given as rewards for making enough progress or can be purchased with coins earned through playing the game, but everything is available (and some are exclusive) by firing from the pipe using the game’s premium currency: rubies. This currency is handed out sparsely as you log in to the game daily, complete missions, and complete more cups.

As is a common practice in the mobile market, Mario Kart Tour determines what you get from firing the pipe randomly. While more commonly known as loot boxes, this game’s system is a similar practice that was the basis for loot box systems in modern games, the gacha. Gacha games are generally mobile games in which the acquisition of a core element of gameplay is determined through a random chance. These games are infamous for incredibly low chances of getting a desired outcome, and Tour is no exception.

There is one major workaround to this system in every case, however; you are given the option of buying premium currency (in this case, rubies) with real-world money. The idea is that you will spend money until you get your desired outcome, which could be only five dollars, fifty dollars, two hundred dollars, or even more, all depending on how lucky you are.

The major reason why anyone would want more than just their favorite combo of racer, kart, and glider, is that depending on the track you race on (and those do often vary), certain parts enhance the score earned or the amount of items you can hold at once. This means having the right combination is paramount to earning a high score and in turn progressing further. As a result, those who choose to spend money will be able to get more parts and can progress much easier.

While there have been a lot of mentions about progression up to this point, what exactly is the player working towards asides from finishing the tour and collecting everything? The answer to that is nothing. At least for now, those are the only things you can really do. There is a weekly ranking that is based on a specific cup’s total score, but this only provides more currency and upgrades for things you already have, as well as a sense of pride, but that is on you to feel that way about the game.

The only other thing you could really work towards is becoming better in multiplayer, but this feature does not currently exist in the game. It has been promised by Nintendo to becoming in a future update.

To understand why I find Tour so unsatisfying, you must understand the two main cycles the game puts you through. The first is the most basic and shortest, which is simply doing a race. You tap on a race, select your racer, kart, and glider, and then race. Once you finish, your score is totaled up, and if high enough, you are given Grand Stars. You are also given coins based on how high your score is, but you are limited to earning three hundred coins in total each day. Then the things you used in the race may level up, which increases the base points they are worth. There is also a daily limit on how many points you can earn to level up your parts through racing. Rinse and repeat as you unlock more races and cups.

The larger cycle you go through depends on how you perform during races, and how you spend your resources. This cycle is pretty much meant to fill the sense of gratification that eventually dwindles after racing too much. The smaller cycle actually exists within this one. As you race and collect more coins and rubies, you can eventually spend them on things in the shop. Rubies give you a random shot at something High-End, Super, or Normal. You can spend your coins at the shop for something guaranteed, and the selection swaps daily. Saving coins for when there is something you need can be important to finally getting good scores on certain tracks.

The problem lies in the game’s emphasis on score, how important it is for progression, and what that leads players to do. The reason Mario Kart can be so exhilarating is that sometimes you will be in a good position and suddenly lose that position, but by the end of the race you can work your way back to the top. In Tour, that possibility of a comeback becomes much less likely because earning a high enough score can often be very difficult if you are being bombarded with items almost all the time, inevitably interrupting a combo which could be important to earning a good score. This raises the amount of time you must put in to make more progress the further you go into the game. That is unless you are willing to give up your own money.

Progression in this game can very easily be sped up by simply buying as many rubies as you need and getting all the best and rarest parts. The exchange rate at which you buy this currency is not exactly generous, either.

There is one other main way to get a leg up with actual currency, which is to buy the Gold Pass. Essentially, it is a subscription service for the game which unlocks the 200cc mode for all races, new missions (including more Grand Stars for completing them) and gives you more bonuses as you earn rewards for progressing, all for $5 a month. To put into perspective how ridiculous that price is. Nintendo’s own Nintendo Switch Online service only comes in at $20 per year. A year’s worth of the Gold Pass is triple that amount, at $60. That means a year of the Gold Pass is the same price as a year’s subscription to Playstation+ or Xbox Live Gold, which are both services that provide full-fledged console games for free every month. To say the Gold Pass is a bad value is an understatement.

When it comes down to it, Mario Kart Tour is really only fun for one reason: it is Mario Kart. That is the only reason most people, including myself, would play this game. The gameplay is the sole place in which this game shines even somewhat. Other than that, it feels like a shameless cash-grab to bait clueless players into spending money who only know of Mario Kart from playing back in their younger years. Unless you love the Mario franchise or Mario Kart to death, do not waste your time and most definitely not your money on this game.

Mario Kart Tour doesn’t live up to the hype

Recently, Mario Kart Tour came out for all phones. Personally, I had pre-ordered the game on the app store because I was excited for it. I had high hopes and faith that it was going to be a strong addition to the mobile gaming scene.

Going into the game wasn’t bad; the tutorial stage did a nice job of introducing the main concept of the game, and it showed the two styles you’re able to drive your car in. Both styles are easy to manage and the use depends on the personal preference of the player.

There aren’t many things that are possible in the game because it is a mobile game, so as expected it’s not going to be super jam-packed with things to do. There are many things Mario Kart Tour did right in my opinion, but at the same time, there are things that could be better. There is one tour about every three weeks with 16 cups, all with three races and one challenge race. Covering races is as you’d expect it’s very similar to Mario Kart but instead of three laps, it’s only two.

Tour has a good concept but it feels repetitive. Furthermore, the games don’t last that long.

The whole random chance to draw karts, gliders, and racers from the ‘pipe’ is an overused concept. Getting “rubies” to spend for the pipe is difficult because unless you have the Gold Pass, which costs $5 a month, you only get them every five unlockable gifts and by completing challenges you can win two “rubies” per challenge that could last for about 30 minutes.

It feels like there should be more ways to get gems. There’s also a cap on how many points you can obtain per day to upgrade karts. Don’t even get me started on the 300 coin daily cap during the first tour.

During the time of its debut, the game had a big hype surrounding the release, but now that it’s out, it’s just there.

Mario Kart tour is a fun game, but it’s just lackluster now. It’s been a couple of months since it has been released and honestly, things have really plateaued.

There’s a fairly decent amount of variety within the game for characters, karts, and gliders but it’s really all the same if you think about it.