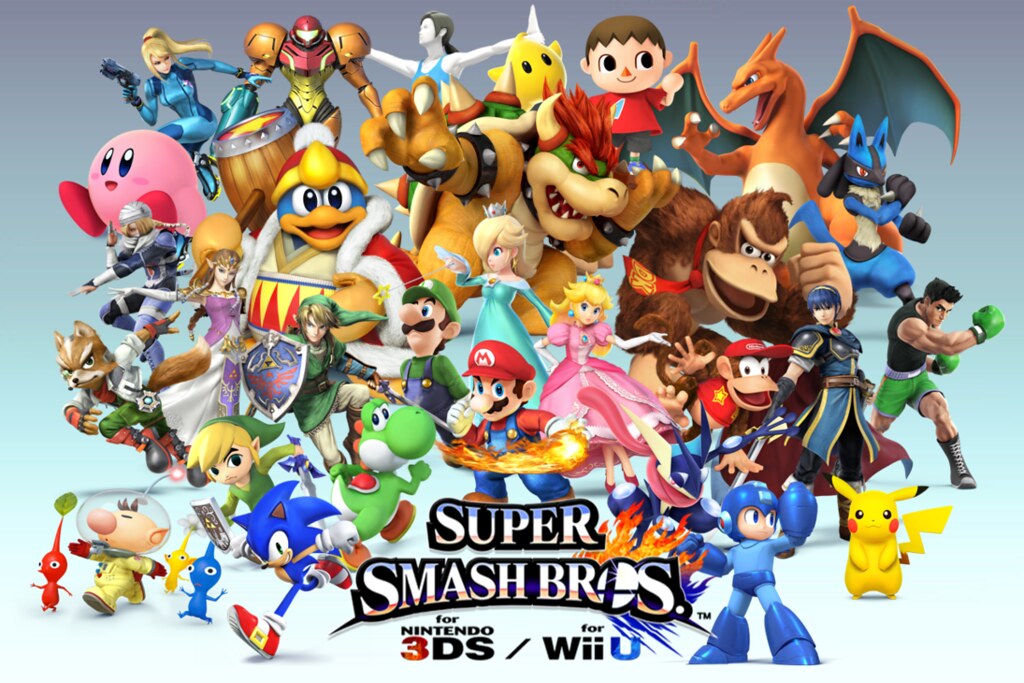 A picture including a plethora of Super Smash Bros characters. (Photo taken from Flickr.)

A picture including a plethora of Super Smash Bros characters.

Smash Bros. most enjoyable characters according to me

Super Smash Bros is home to a fairly large roster of playable characters. It’s guaranteed that there is a character that fits your own personal play style. However, I would like to recommend a few that I think are pretty strong fighters and a blast to play in-game.

My all-time favorite character to play is Bowser Jr. Bowser Jr is the son of infamous Mario villain, Bowser. In Smash, each character has a variety of costumes and color schemes to choose from. Bowser Jr. is a bit special in that instead of having multicolored outfits, you’re given the choice between the Koopalings.

Koopalings are the other spawns of Bowser. There’s Larry, Morton, Wendy, Iggy, Lemmy, Ludwig, and (the only one even worth playing) Roy. Roy is a rad little dude, the absolute mad lad rocks pink sunglasses while fighting. His series of character-specific attacks is what I consider to be the cherry on top.

All Koopalings, no matter which one you’re playing, have their own corresponding clown-themed kart. The karts are what you use when fighting, the cart opens revealing tools used to attack such as the kart throwing a flurry of punches, or two drills that can potentially pinch your opponent in between them. The Koopalings are quite well-rounded characters in my opinion. I recommend giving them a chance.

Another one of my favorite characters to play is the villager from Animal Crossing. I loved playing Animal Crossing as a kid growing up and being able to play them in smash is really cool, considering it looks like such a sweet innocent game that you’d never expect villager to be in a fighting game. All the moves Villager has are quite creative too. They use actions you’d be able to do in Animal Crossing such as smash attacks, like planting, watering and chopping a tree down, or taking something and putting it in your inventory. Villager is someone I like to play just based on past memories with their respective game (Animal Crossing).

The last character I really enjoy is Jigglypuff. Jigglypuff is this small pink puffball who I find extremely fun to play mostly because of an attack called “rest”, where you put your opponent to sleep and have an open window for a heavier attack. I find it really exciting and intense when you land a game-winning rest that decides the match out of pure luck just gives the good vibes. It’s a good feeling and you’re able to put a sleeping hat on him which is just another reason on its own.

Smash Bros. is jam-packed with characters to play so even if we don’t share the same opinions on who’s the best to play, there’s bound to be someone that suits your interests.

Super Smash Bros. Ultimate is a crossover fighting game published by Nintendo. In this game, there are 74 characters and a ton of games ranging from Super Mario Bros. to Star Fox and everything in between. Each character has their own style of fighting which makes the characters very diverse and unique. This wide range of variation leads to certain players having their favorite characters that they play as a lot. This is also known as “maining” a character.

Personally I really dislike slow characters, like King K. Rool and Ike. I think it’s really difficult to play characters like them since they are so slow most of their attacks also come out slow, which in turn gives more than enough time to your opponent to shield these attacks.

Having a creative play style when it comes to slow characters is also very difficult to have. Sometimes, when someone who isn’t very good at Smash plays a slow character, they find either one of their faster moves or stronger moves and spam those moves non-stop. So playing against slow characters, that are being controlled by unskilled players, can be extremely annoying.

Because of this, I prefer characters that have a faster speed, like the Fire Emblem characters (minus Ike). Out of all those sorts of characters, I would say I either main Roy or Cloud.

I really like Roy because his attacks, unlike Marth’s, deal way more damage up close. He also has a wide range of attacks so playing as him doesn’t get old. Roy also has very fast dashing, air and falling speeds which is extremely useful. So Roy’s close hitting attacks paired with some well-placed rolls can make fighting Roy extremely dangerous.

In addition to Roy, Cloud is another character I use a lot. I really like Cloud because he is fast and he also has a decently large reach because of the Buster Sword he carries. Another thing about Cloud that I like is the Limit Gauge. The limit gauge is a meter that you can fill by either damaging your opponent or by taking damage yourself. When this gauge is filled any of your b-button attacks are increased by either knockback or strength. I think this is really cool and I think it adds a lot to his moveset. Even though he got major downgrades from Smash 4, I still really like him and I find him very comfortable to play as.

There are a lot of characters and a ton of styles and ways to play the game. It’s because of this that there is so much to talk about when it comes to Smash. From character selection to a  defensive or offensive style of attack you’ve never done it all when it comes to the game.